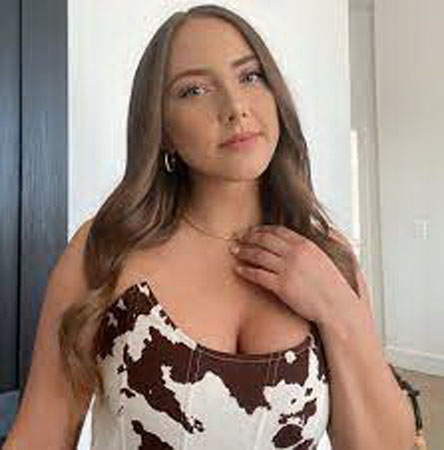 Will the real slim shady please stand up-and make way for the girl who’s got a new podcast up her sleeve.

Hailie Jade, who is the daughter of rapper Eminem and his ex-wife Kim Scott, announced her latest career venture: a podcast titled, Just A Little Shady. And according to Hailie, it’s “about to drop” anytime, though the official release date is TBD.

“This project has been in the works for a while,” Hailie shared in a July 12 Instagram post. “I’m so excited for the first episode to be launching!!”

So, what can listeners anticipate from Just A Little Shady? According to the podcast’s official Instagram page, the show will talk about her life and pop culture-and “get a little shady.”

The 26-year-old, who boasts 2.8 million followers on Instagram, isn’t known to shy away from sharing bits of her life through her feed. But there are some aspects to her personal world that don’t often get posted. Back in February, Hailie shared a rare snap of herself and her boyfriend, Evan McClintock. Although the pair have reportedly been together since 2016, glimpses of them together on Instagram have been few and far between.

Also kept out of the spotlight is her relationship with her dad. But despite keeping their bond under-the-radar, when asked by the Daily Mail in 2018 if she and her father see each other often, Hailie noted, “Of course, we’re very close.”

Many have heard “Hailie’s Song,” but with her own podcast, perhaps fans will get a deeper look into Hailie’s world.