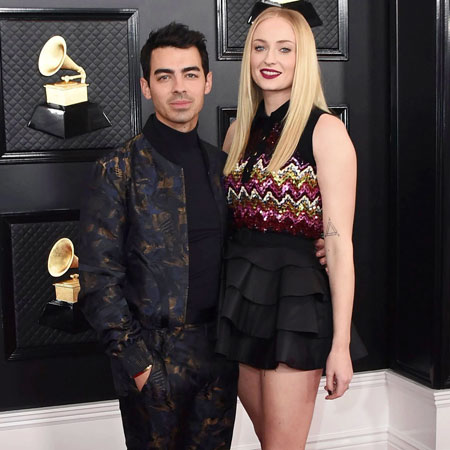 More happiness begins now for Sophie Turner and Joe Jonas. The couple welcomed their second child together, representatives for both stars confirmed to People on July 14, sharing that “Joe and Sophie are happy to announce the arrival of their baby girl.”

Joe and Sophie, who got married in Las Vegas back in 2019, previously welcomed daughter Willa in July 2020.

Willa is now officially graduating to big sister status with the arrival of their second child, who Sophie confirmed was on the way in May. “It’s what life is about for me-raising the next generation,” she told Elle UK for its June 2022 issue. “The greatest thing in life is seeing my daughter go from strength to strength. We’re so excited to be expanding the family. It’s the best blessing ever.”

The Game of Thrones star made several public appearance during her latest pregnancy, showing off her chic maternity style at an Oscars party in March and the 2022 Met Gala in May. However, Sophie, 26, and the musician, 32, also appreciate a chill moment at home. In fact, they celebrated their third wedding anniversary in May with a cozy night in, talking about Teletubbies

While the pair largely keeps Willa out of the spotlight, they have spoken highly of their first lovebug on occasion over the last two years. “It’s been amazing,” Joe told CBS This Morning, when reflecting on his time with his “gorgeous” little girl last year.

The Jonas Brothers singer has also proven how he keeps Willa close even when he’s on the go, revealing a silver locket bearing her name last summer. Looks like it’s time to expand his jewelry collection to pay tribute to their latest addition!

But when it comes to the love between Sophie and Joe, she put it best back in 2020 when she shared a photo of him kissing her head alongside the caption, “Happiness begins with you, bub.”