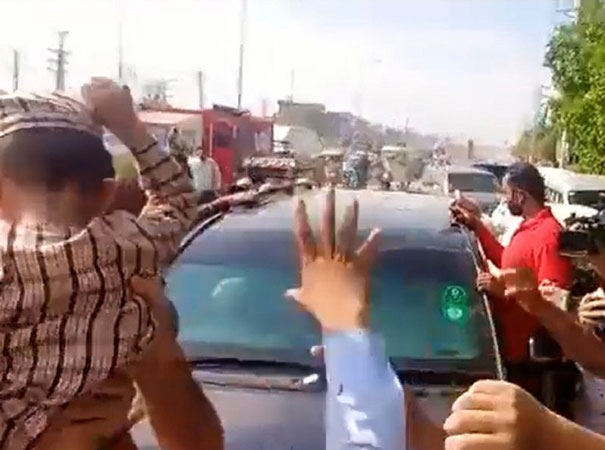 PTI Central Punjab Information Secretary Musarat Jamshed told the media that Fawad, along with former finance minister Shaukat Tareen, was visiting PP-168 to inspect the polling process when his vehicle was attacked by some miscreant, who was later arrested from the Tehreek-e-Labbaik (TLP) Pakistan camp.

She alleged that the police played the role of a silent spectator and provided protection to the attacker who broke the rear window of Fawad’s car. However, the PTI leader remained safe during the attack.

In a video that went viral on the social media, the PTI leader can be seen arriving in his car. Soon a group of political workers encircled him and started banging his vehicle with slippers and fists.

Chaudhry’s driver kept sounding the horn seeking way. Meantime, some PTI supporters surrounded his car to protect it. However, as he made his way through the crowd, someone smashed his rear window. Later, the police arrested the miscreant.