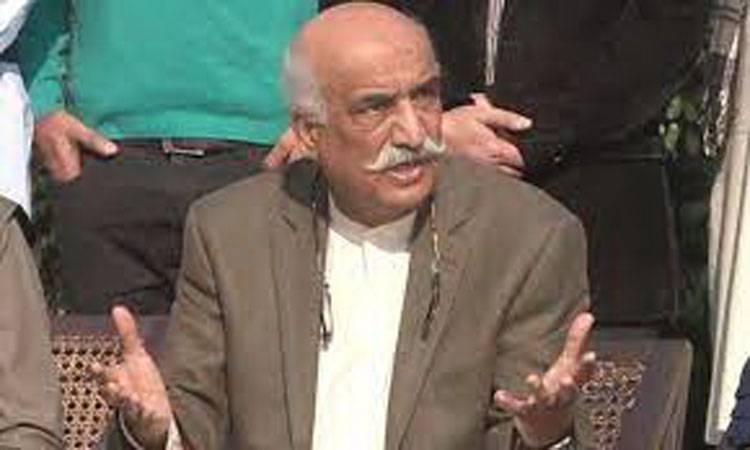 Referring to the results of by-polls in Punjab, he said, “Pakistan has to move forward and the democratic system has to continue.”

Khursheed Shah said the election results were proof of that it was the only way forward in politics. Political parties should give up protest and violent politics forever, he added. He said Pakistan Muslim League-Nawaz would also get a chance to improve itself.

He proposed Pakistan Tehreek-e-Insaf Chief Imran Khan not to repeat his mistakes anymore in future. Khursheed Shah said victory and defeat were not important in politics but democratic attitudes were important. He said the chief election commissioner (CEC) continued to discharge his professional obligations while enduring severe criticism and personal attacks. The CEC deserved to be congratulated for conducting fair and transparent elections, he added.

He expressed the hope that the CEC would perform the same responsibility in the general elections as well.

Meanwhile, Federal Minister for Poverty Alleviation and Social Safety and Central Information Secretary of PPP-P Shazia Atta Marri said that PTI’s leadership tried to create the atmosphere of violence and confrontation during by-election in Punjab province.

She said that Pakistan Tehreek-e-Insaf (PTI) promoted abuse and hatred culture in the country and now it has become a symbol of abuse, forgery and misrepresentation. She further said that Imran Khan’s politics has ended after his removal through vote of no-confidence.