* Their interactions unravel the lives of the novel's protagonists,
tell of the troubles of consumerist America 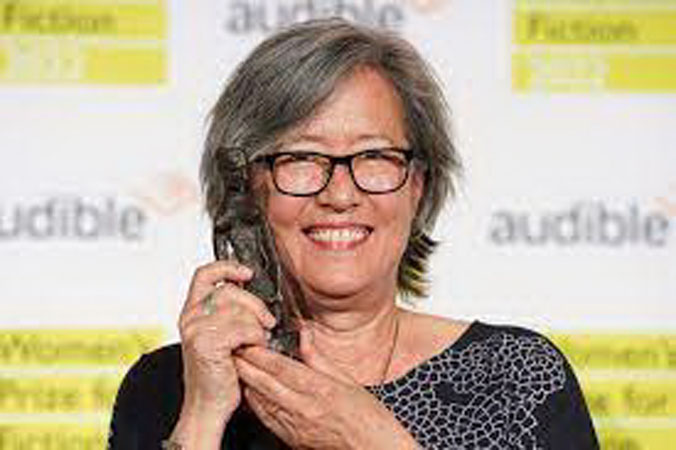 Reading Ruth Ozeki’s The Book of Form and Emptiness, and its raucous fictional universe pervades any room, prompting the objects in it to speak (or attuning one to the stories of insentient beings). Ozeki’s fourth novel, which has won the Women’s Prize for Fiction this year, thrums with voices – insistent, whispery, informative, wise, derisive, malevolent. The narrative arc is also an interplay of two voices: 14-year-old Benny Oh’s and his Book’s.Their interactions integrate dreams and philosophy into everyday routines and traumas. Benny Oh’s father Kenji, a Korean-American jazz clarinettist, dies when he lies stoned in an alley on the fringes of Chinatown, and a delivery truck with live chickens drives over him. Benny, who is 12 at the time, hears the clamour of fowl through his bedroom window. Another sound reaches him: “A high, thin cry rose from the alley, uncoiling like a rope, like a living tentacle, snaking up into his window and hooking him, drawing him from bed.”

This absurdly avoidable death sets off the dissolution of normalcy in Benny’s life. He begins to hear voices: Christmas ornaments cry out, stale lettuce in the refrigerator sighs, numbers babble in Math class, the spare ribs and fortune cookies from his Chinese take-out dinner have something to say. His mother Annabelle disintegrates, paradoxically, by padding up: she gains weight and acquires things. Their home is a cornucopia of stuff: a bathtub full of craft supplies, stacks of books against the walls of her bedroom, Kenji’s flannel shirts in a tangled mess across her bed. Annabelle, who works as a reader in the print department of a media monitoring agency, has set up a home office in the living room where the floors are piled with recycling bags full of archived newspapers and magazines. The pages of The Book of Form and Emptiness are cramped and vociferous – objects occupy space and express themselves in disconcerting ways. But the narrative isn’t a discordant one. In fact, amidst the many disharmonies and off-key notes that torment them, Ozeki’s characters make a heroic bid for order, and quietude: “The first thing Benny noticed when he arrived home was that the back door swung open freely, and the trash and recycling bags that usually blocked it were gone. He stepped into the kitchen and looked around. Annabelle was standing at the counter, emptying a quart jar of tomato sauce into a saucepan.”

“A siren wails, the noise growing louder as it approaches my window, muting every other sound before it fades away. But there are other cacophonies to deal with – honk honk and vroom and beep beep and clang clang and caw caw and a sudden meow! I close the window in an attempt to shut off the sonic disruptions of the world outside, only to find myself immersed in new and jarring choral styles. The air conditioner that I have just switched on hums softly; my iPhone vibrates on the edge of my desk, disturbing its teak wood solidity, causing it to grumble to the laptop upon it about a distracted age that… but wait a minute… did I just hear my desk grumble?”

Every attempt at establishing a routine crumbles, and Benny is diagnosed with schizoaffective disorder. The Public Library, with its Multicultural Children’s Corner, a footbridge that connects the Old Library with the New Expansion, and old-fashioned carrels that ensconce him securely, is where the voices that assail him are stilled, if only temporarily. He also makes friends with a girl called The Aleph and her nonbinary ferret TAZ (Temporary Autonomous Zone). The Aleph is her artist name, bestowed upon her by the Bottleman, a learned hobo in a wheelchair, whose real name is Slavoj and is supposedly a celebrated Slovenian poet.

Ozeki evokes Jorge Luis Borges and Rainer Werner Fassbinder and Paul Klee and Walter Benjamin. Slavoj the Bottleman pontificates frequently, offering brief histories and contemplating the nature of poetry, in vodka-induced spurts of wisdom: “Poetry is a problem of form and emptiness. Ze moment I put one word onto an empty page, I hef created a problem for myself.”

The Book of Form and Emptiness is a ruminative exploration of problems more worldly. But the narrative is attuned to questions deep and tantalising, questions that redeem us all from meaninglessness. It is acutely aware of the artistry beneath the chaos of bereavement and mental illness. It pauses every now and then to note the unexpected beauty of a cast iron streetlamp or the sound of a stylus circling the grove of a vinyl. Ozeki, who, apart from being a novelist, teacher of creative writing, and filmmaker, is also a Zen Buddhist priest, makes room for Zen philosophy to unfold, parable-like, in the midst of all that this novel grapples with. The Book of Form and Emptiness sometimes feels overstuffed with people and problems and objects with points-of-view. But then, the world is overstuffed, and Benny and his Book must irrepressibly tell of how to endure it.