Kartik Aaryan and Karan Johar’s paths to cross again in 2023 after their much talked about feud? 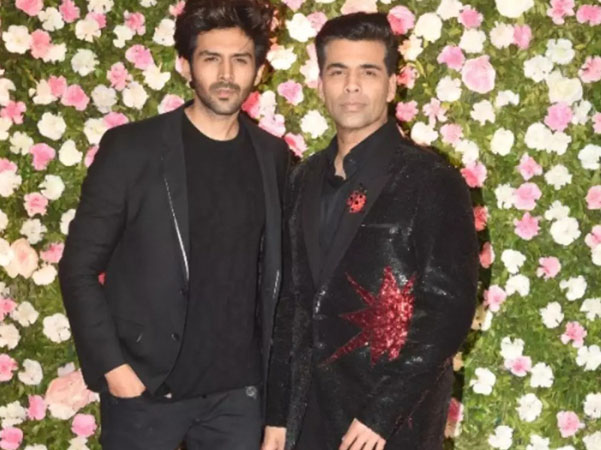 After Dostana 2 debacle, Kartik Aaryan and Karan Johar haven’t been on the best of terms. While the filmmaker is one of the biggest producers and directors in the country, Kartik has this year emerged as the ‘saviour of Bollywood’ after the windfall gains that Bhool Bhulaiyaa 2 experience at the box office. From collaborating on a project to going in different directions, Kartik and Karan’s paths might cross again in 2023.

Kartik Aaryan has announced the release of his next big film Shehzada which is the Hindi remake of the Allu Arjun’s Ala Vaikunthapurramuloo. The actor shared his first look from the movie and shared that the project helmed by Rohit Dhawan will arrive in cinemas on February 10, 2023.

Interestingly, the release date was already blocked by Karan Johar for his next big directorial project Rocky Aur Rani Ki prem Kahani. The family entertainer is bringing together Alia Bhatt and Ranveer Singh once again after Gully Boy and will bring back Dharmendra and Jaya Bachchan on the big screen while also starring Shabana Azmi.

While Kartik and Karan couldn’t work together, it will be interesting to see which film will the audience favour at the box office when and if they end up clashing. We wonder if the clash has been planned intentionally as Karan and Kartik’s history certainly gets February 10 a date to watch out for.

The two even seem to have patched up their difference and greeted each other at an award show last month, the audience is still not over their feud.

There are, however, chances that the clash may be averted as a few reports also suggest that Rocky Aur Rani Ki Prem Kahani might also get delayed owing to Alia Bhatt’s pregnancy.

As for Shehzada, the film also stars Kriti Sanon in the lead which marks her reunion with Kartik Aaryan on the big screen after Luka Chuppi which proved to be a success at the box office. Interestingly, in 2019 Gully Boy and Luka Chuppi also released with a two weeks gap between them.