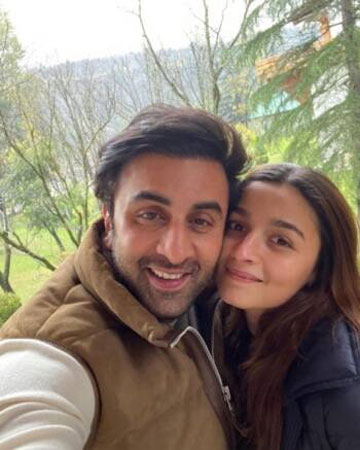 Ranbir Kapoor, who is expecting his first baby with wife Alia Bhatt, has described the experience of proposing to the actress in their favourite place Maasai Mara National Reserve in Kenya. During an interaction on the sidelines of Shamshera promotions, the actor spilled the beans on the “beautiful moment”.

“It wasn’t difficult, just don’t tell anybody. I think it was a beautiful moment and just happened very naturally and organically,” Ranbir was quoted as saying by Pinkvilla.

The nature reserve has a special place in Ranbir and Alia’s hearts. The duo has previously gone on a vacation to Maasai Mara several times. The actor also said that he cannot wait to take their unborn child there in the future. Established in 1961, Maasai Mara is situated in southwest Kenya and is one of Africa’s greatest wildlife reserves.

Alia Bhatt and Ranbir Kapoor are in a great place both professionally and personally. While both the actors are waiting for their films Darlings and Shamshera, they are also ready to embrace parenthood. After getting married in April, Alia announced her pregnancy with Ranbir last month. Ranbir earlier said that Alia is a very busy working star in Bollywood and he doesn’t want her to sacrifice her dreams after becoming a mother.

“Alia is a very busy working star in this film industry and I don’t want her to sacrifice her dreams because she has a child. So we have to somewhere plan out a balanced life where we both can enjoy our personal life and our professional life, so it is one day at a time, one step at a time, but I have a lot of expectations from it,” Ranbir said.

The power couple has been in the news for quite some time after they announced their marriage and the subsequent pregnancy last month.

Alia, who was in London shooting for her international debut Heart Of Stone, returned to Mumbai recently and Ranbir sent the fans into a frenzy as the actor went to pick her up from the airport.