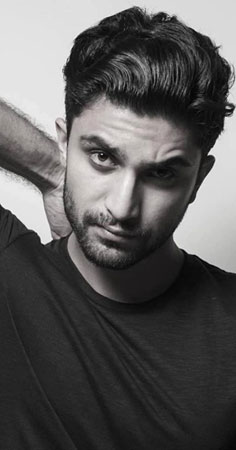 Ahad Raza Mir and Sajal Aly were THE IT couple in the industry. They had a crazy fan following on and off the screen for their pair. Things however, did not work out between the two stars and they separated. Neither of them announced anything but Sajal deleted Mir from her name on Instagram.

Sajal and Ahad were still following each other on Instagram but today both the stars severed the last link and unfollowed each other on Instagram. Ahad Raza Mir has previously removed personal pictures with Sajal from his account and only pictures and videos from their projects together are there. Sajal has however, not removed most pictures with Ahad or his mother Samra Raza Mir but she has now unfollowed him.

Interestingly, Ahad Raza Mir only follows one Pakistani actress on Instagram in a small number of people he follows and that is his Hum Tum co-star Ramsha Khan.

The two stars have in short totally moved forward from this episode and it is over for Sahad fans as Ahad is enjoying the attention after appearing in Netflix series Resident Evil and Sajal is taking some much needed time off in Qatar.