‘Do or die’ battle today

* 175 candidates, including independent and ticket holders of different political parties, are taking part in by-polls 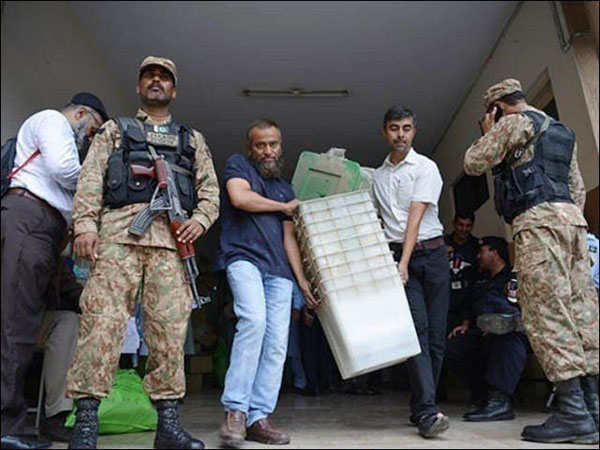 Punjab is all set to witness intense political activity as the make-or-break by-elections on 20 provincial constituencies will take place today. Political pundits expect a tough contest between PML-N and PTI in the by-polls, which is being dubbed a ‘do or die’ battle both for PTI and the PML-N.

The 20 seats fell vacant after the Election Commission of Pakistan (ECP) “de-seated” 25 PTI dissident lawmakers on May 23 – which included five lawmakers elected on reserved seats for women and minorities – for voting against PML-N’s Hamza Shehbaz in the Punjab chief minister’s election.

In the assembly, there are five independents, of which Chaudhry Nisar, the former interior minister, is unlikely to vote. While the PPP has 7 MPAs, PML-Q has 10, and the Rah-e-Haq party has one. As per the rules of the Punjab Assembly, the chief minister is elected with a simple majority, therefore 186 votes out of the 371-seat assembly. The Election Commission of Pakistan (ECP) has finalized all arrangements to hold by-elections in 20 constituencies of Punjab in a free, fair, transparent, and peaceful manner on Sunday.

As many as 175 candidates, including independent and ticket holders of different political parties, are taking part in the by-elections, said an official of the ECP. He said that the registered voters in all 20 constituencies are 45,96,873 while a total of 3,140 polling stations, including 739 male, 704 female, 1,696 combined, and one improvised polling station have been set up for by-elections.

He added in a total of 9,528 polling booths, as many as 5,038 male and 4,490 female polling booths have been set up by the ECP. He said that 3,149 Presiding officers, 8,749 Assistant Presiding Officers, and 8,704 Polling Officers would discharge their duties on the polling day.

He said that the process of distribution of polling material started on Saturday morning from the office of the Returning Officers while the commission has ensured foolproof security in dispatching polling material, ballot papers, polling bags, and polling staff to the respective polling stations.