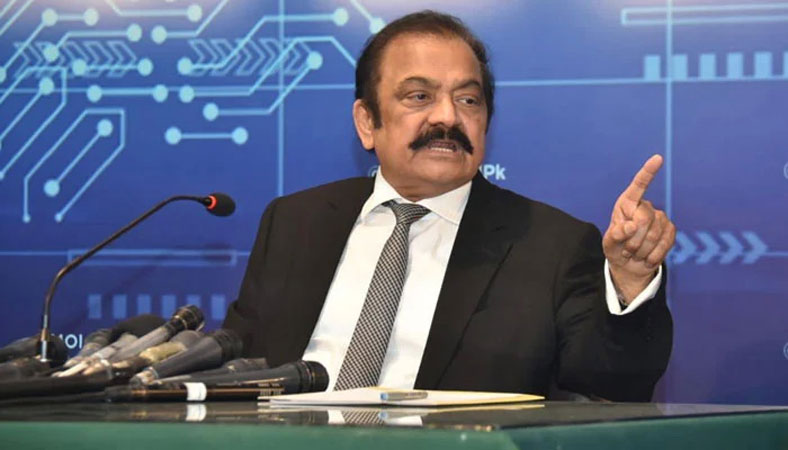 “Imran Khan Niazi and PTI must restrain from disrupting the peaceful proceedings of by-election by inciting riots or violence,” he said in a news statement. He issued a clear warning that nobody would be allowed to sabotage the writ of the state. He believed that Imran Khan would resort to anarchy as the defeat of PTI candidates in the by-polls seemed imminent and inevitable.

Any incident like Daska by-poll would be dealt strictly, said Sanaullah who advised Imran’s supporters to abstain from taking the law into hands. The minister said there were reports that the PTI had brought more than 500 armed persons to Punjab to create a law and order situation on the occasion of by-election. He alleged that the rioters were given shelter by the senior PTI leaders including Parvez Khattak, Asad Qaiser Ali Mohammad Khan, and Murad Saeed.

Sanaullah termed the PTI’s request to appoint polling agents outside the constituency a conspiracy which was aimed at disrupting the electoral. He said that the government would not allow those, who looted the people during the last four years, to steal the mandate of the people from 20 constituencies in the by-polls.

He was of the view that voters of 20 constituencies in by-polls would bring Imran Khan’s politics to an end on July 17. He assured that the government would ensure a free, fair, transparent, and peaceful election.