Some violent elements conspiring to give ethnic colour to killing of man at restaurant: Sharjeel Memon 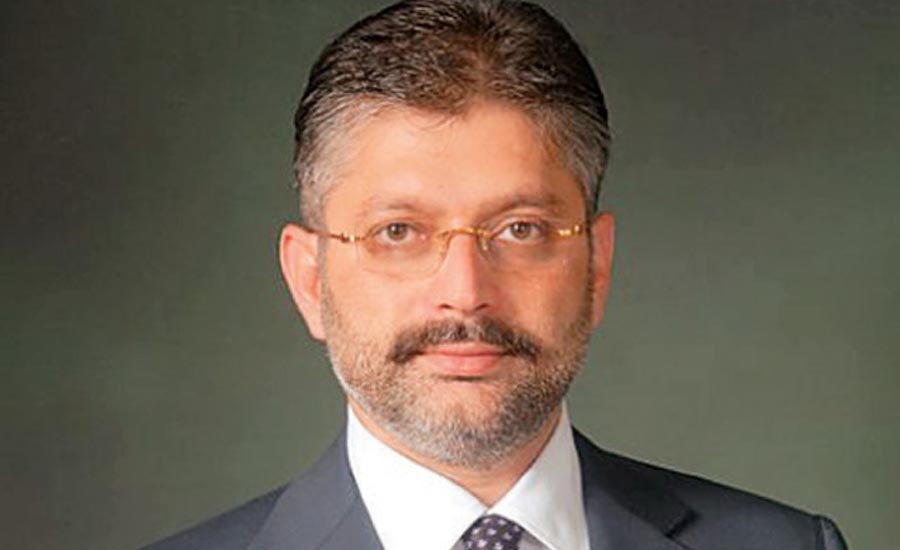 HYDERABAD: Provincial Minister for Information and Transport Sharjeel Inam Memon has said some violent elements are conspiring to give ethnic colour to the incident of killing of a man at a restaurant in Hyderabad on July 11. Speaking at a press conference at the Circuit House here on Saturday, he underlined that all the political parties wanted peace in the province and they would foil the conspiracy of fomenting ethnic strife in Sindh.

“Some elements want to instigate one brother to fight with another brother,” he observed.

He maintained that the killing of Bilal Kaka at Super Salateen restaurant along Hyderabad Bypass was not an ethnically oriented occurrence rather a fight among some individuals for personal reasons.

“That particular incident was being used to spark ethnic clashes in the province,” he noted.

He informed that the Hyderabad police had arrested 2 persons accused in the murder FIR of Kaka, adding that the 4 other accused absconders would also be rounded up soon. Memon apprised that the police not only arrested those charged in the murder case but also some 28 miscreants who forced the traders to close their business in reaction to Kaka’s murder.

Similarly, he added, 48 suspects were picked up in Karachi for their alleged involvement in riots at Sohrab Goth.

“The Sindh government has given strict directions to the police and the rangers to strictly deal with the elements creating law and order situation,” he told and added that the Federal Investigation Agency had also been approached to take action against the people spreading hatred through the social media.

The minister warned the people to remove violent posts from social media otherwise they would face legal actions. Memon referred to the statement’s of Kaka’s mother and other family members who all had clarified that the incident was personal in nature and that it was not ethnically motivated.

The minister said the Sindhi nationalist leaders had also appealed to the people to remain peaceful and avoid caving into any hateful provocations. The provincial ministers Nasir Hussain Shah and Jam Khan Shoro besides the police and administration’s officers were present on the occasion.