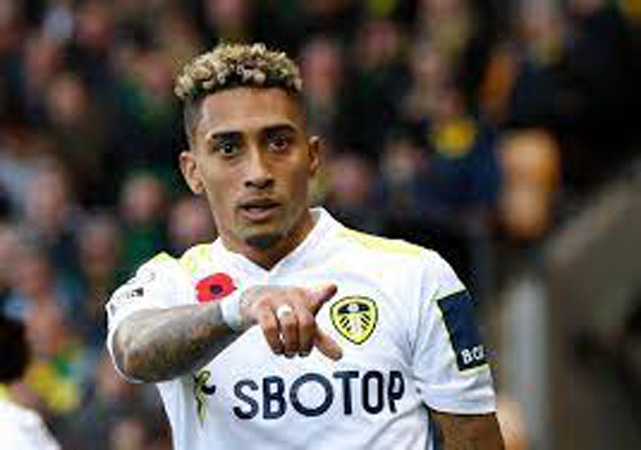 BARCELONA: Brazilian winger Raphinha said Friday that he is “fulfilling a childhood dream” as he was officially presented as a new Barcelona player.”It’s a huge honour to be here,” Raphinha said during the event at Barca’s training centre.”I have many idols who have passed through here and made history. If I can do half of what they did here, it will be a lot,” he added.Barca announced Raphinha’s arrival on Wednesday after reaching an agreement with Premier League side Leeds United, but without giving details of the length of his contract or the transfer fee.Local media reported that the Brazilian has signed for five seasons and Barca would pay Leeds around 55 million euros ($55 million) plus another 15 million in potential add-ons.”He is a player that (coach) Xavi (Hernandez) wanted,” said Barcelona president Joan Laporta, who accompanied the player at the presentation.Xavi “insisted a lot and we at the club have done everything we could,” added Laporta, who stressed that Raphinha showed “the desire to come to Barca”.Laporta gave Raphinha a Barca shirt with his name on it, but without a number, before both signed the contract in front of the cameras.