* Taking to Instagram, the industry's diva shared a sweet video in which she and her friend were spotted strolling the picturesque streets of New York 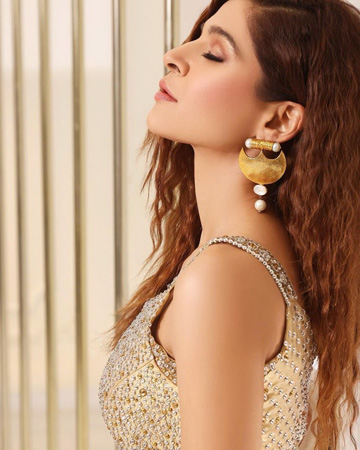 Ayesha Omer is one of the most beautiful actresses of Pakistan. She has cemented her position as one of the leading ladies and fashionistas in the entertainment industry.

Taking to Instagram the Lollywood diva shared a sweet video in which she and her friend were spotted strolling the picturesque streets of New York.

In the video she is explaining about the concept of Eid to her friend, saying “We celebrate two Eids – one that comes after Ramadan because we fast for a whole month and we celebrate that month with Eid at the end.”

And the second Eid comes two months later after the pilgrims visit Holy Kaaba in Makkah for Hajj. Instantly her friend asked have you been there? She said I have not, I want to, hopefully, very soon.

In the video she is with her friend Justin who is also an actor and a host of the very famous show Asia’s Got Talent.

Who’s curious about the #metaverse and #nfts??? I know I am. And a lot of you are too! It’s where the world is going?

Ran into my buddy @justinbratton in #nyc and thought it would be nice to go live and chat about our current projects and future one, which includes Rebelling in the Metaverse as #metarebel s and creating our own Nfts!

On the work front, Ayesha Omar has been praised for her performance in the drama serial Habs also starring Ushna Shah and Feroze Khan.