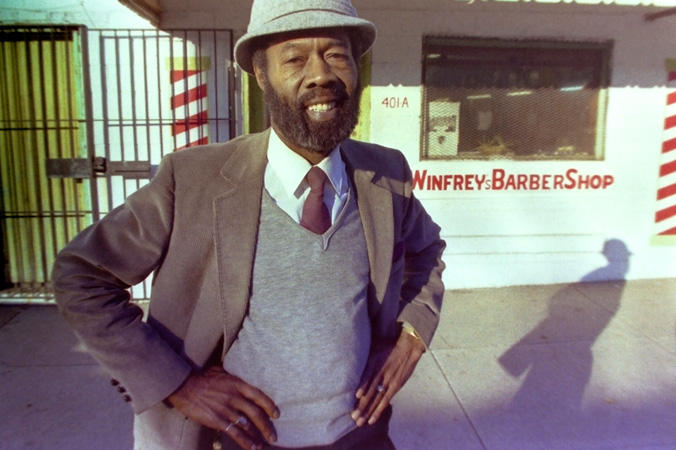 Oprah Winfrey is mourning the loss of her father Vernon Winfrey. On July 9, the TV personality confirmed on Instagram that her father had passed away. The former city councilman and Winfrey Barber & Beauty Shop owner had been battling cancer, per WTVF. He was 89.

“Yesterday with family surrounding his bedside I had the sacred honour of witnessing the man responsible for my life, take his last breath,” Oprah, 68, captioned her post. “We could feel Peace enter the room at his passing.”

She continued, “That Peace still abides. Thank you for your prayers and good thoughts.”

In an accompanying Instagram video, Vernon can be seen sitting in a barber shop chair as gospel singer Wintley Phipps performs “Take My Hand, Precious Lord” before leading onlookers to prayer “for the Winfrey who has stood for the right and has represented you with his life and character.”

“Less than a week ago we honoured my father in his own backyard,” Oprah wrote about the performance. “My friend and gospel singer Wintley Phipps saluted him with song. He felt the love and revelled in it until he could no longer speak.”

On the Fourth of July holiday, Oprah and her closest friends and family celebrated Vernon Winfrey Appreciation Day by holding an outdoor barbecue in his honour.

“We’ve been planning a backyard barbecue that’s actually more than a backyard barbecue,” Oprah revealed in a July 4 Instagram video. “It’s for Vernon Winfrey Appreciation Day because my father is ill and so we wanted to be able to have all of his friends come and celebrate him while he’s able to receive the joy.”

The festivities were a complete surprise for Vernon. “He doesn’t even know that this is for him,” Oprah, who had been at her dad’s side in Nashville throughout his illness, explained. “He thinks it’s a Fourth of July thing.”

She then guided Gayle King, who filmed the video, on a tour of the garden party, which featured multiple tents and chairs all set up as friends chatted around the backyard. And, because no party would be complete without it, she pointed out all the delicious food too, including fried chicken, turkey, hamburgers and more.

“Giving my father his ‘flowers’ while he’s still well enough to smell them,” she captioned the post. “Happy 4th of July as you gather with your family and friends. Remember to celebrate each other.” Vernon passed away more than three years after Oprah’s mother, Vernita Lee, died in 2018 at the age of 83.