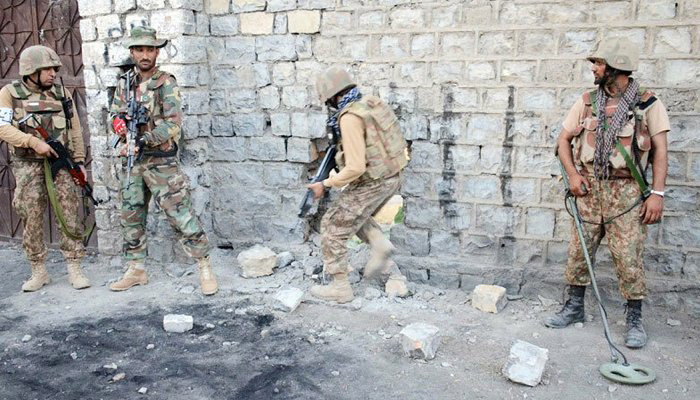 As many as five militants of the banned Balochistan Liberation Army (BLA) were killed during the follow up clearance operation held on the night of July 14 and 15 to recover the abducted cousin of Shaheed Lieutenant Colonel Laiq Baig Mirza and apprehend the perpetrators. “During the ongoing recovery operation in Ziarat area, a terrorists’ hideout was identified and cleared by security forces near Khost in Khalifat mountains,” said an Inter Services Public Relations (ISPR) news release received here on Friday. “The terrorists opened fire on the closing-in troops, resulting into Shahadat (martyrdom) of Havildar Khan Muhammad, once encircled by the forces,” it continued. “The BLA terrorists were killed in ensuing heavy exchange of fire whereas the sanitization operation would continue in the area to apprehend the remaining perpetrators and recover abducted Omer Javed,” it added.