‘Disappointment’ in store for PTI in by-election 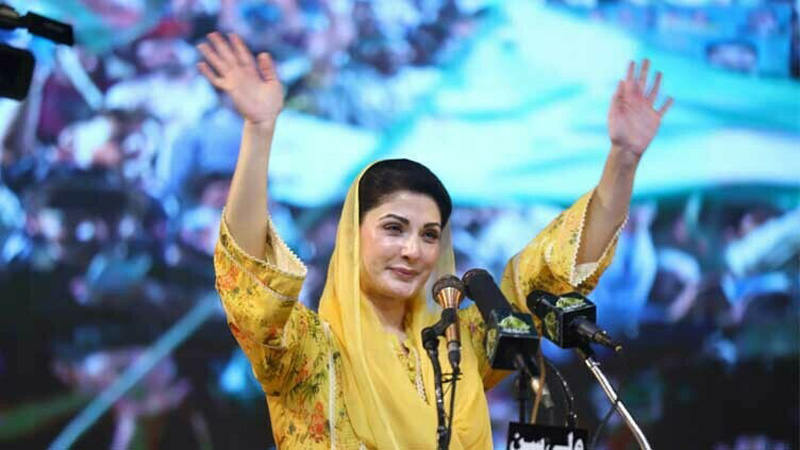 PML-N Vice President Maryam Nawaz Friday said their opponents eyed four seats in Lahore in the July 17 by-polls but they would be disappointed as the city always rallied behind Nawaz Sharif.

Addressing a convention of party workers in Lahore, Maryam said the Punjab capital was treated like an ‘orphan’ during the four-year rule of the PTI government. She said in the last four years, the PTI had turned the city into a dungeon and left it to fend for itself.

“But thanks God it is now back in the hands of those whom the city belongs to,” Maryam said and promised that the “lions will bring prosperity and growth back to the city”.She said former chief minister Usman Buzdar was not seen in the public rallies of PTI because he had done nothing for the province.

Maryam said the PML-N government in Punjab would set a record of development in Lahore like in the past. She said Chief Minister Hamza Shahbaz got the city’s roads and streets cleaned within 24 hours after Eidul Azha.

Taking a pop at Imran Khan, she said he would come to Lahore and ask for votes for Pervaiz Elahi – the man whom he had once termed the biggest ‘dacoit’ of the province. She said Imran Khan had created a chain for looting Punjab.

She said the Lahore city’s last four years of development were wasted as Imran Khan had imposed a puppet Buzdar as the chief minister.

Maryam reiterated that by-polls were not a contest between PML-N and PTI but rather it was a war for development of Lahore and Punjab. Maryam further urged the people of Lahore to step out of their houses on July 17 and vote for PML-N. “Come out and I promise you won’t be disappointed. Together, we will reach new heights of growth and success,” she vowed. Towards the end of her speech, the PML-N leader announced a “good news” for the people of Lahore. “Prime Minister Shehbaz has told me that if the international oil prices keep declining, he would further slash fuel prices.” “My people, the times of difficulties have gone,” Maryam added. She said the journey of real progress and prosperity would continue under the leadership of PML-N as the day of July 17 would bring victory for the party in by-elections.