‘The Warriorr’ — Ram and Aadhi shine in this commercial potboiler 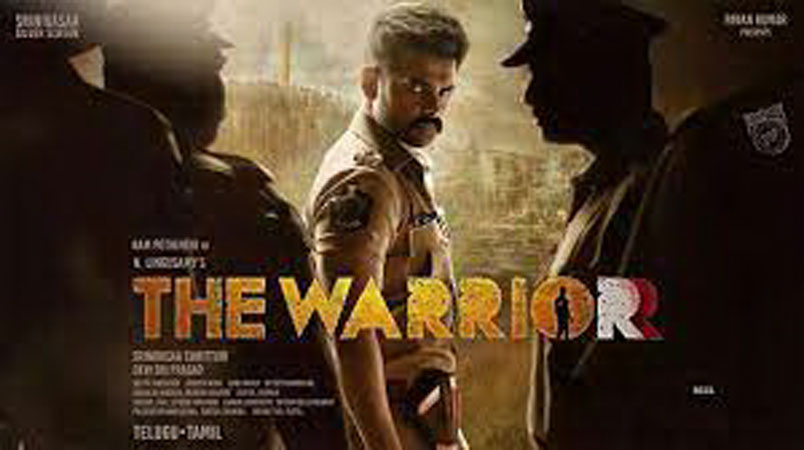 A young, naïve and idealistic Satya moves to Kurnool in hopes of a bright future. Discontent with how the city remains in the grip of a gangster, he decides to alter the ‘treatment’ for the ‘disease’.

If the one-liner written above seems too on the nose, this film is not to watch.In Lingusamy’s previous films like Run or Awara, you kind of know what to expect from The Warriorr. The problem lies in the fact that some of the beats of the film remain way too familiar, while others, not so much

Satya (Ram Pothineni) arrives in Kurnool, fresh off the train, with dreams in his eyes of being a doctor who saves lives. However, he soon realises that he needs much more than his MBBS certificate if he’s to make a difference in this town. He has two people in his life who love to either talk about him or themselves. One is his love interest, an RJ called Whistle Mahalakshmi (Krithi Shetty), whose sole job in the film is to elevate the hero or sing duets with him. The other person is Guru (Aadhi Pinisetty), a gangster who runs Kurnool with an iron fist. He has a hand in everything that happens there and the local police are of no help. Situations worsen till Satya realises he will have to change tactics if he’s to bring about some change. What is it that drives him to become a police officer and how he ‘cleans up’ the city forms the story.

While the plot point of a doctor becoming a cop might sound too outlandish on paper, fact is that there have been cases where MBBS graduates have gone on to become IPS officers. That is not to point out there aren’t places the film pushes the boundaries of cinematic liberty. The amount of power a rookie cop, even if he’s a DSP is given, seems a little too implausible. The film also goes a little too far in linking everything to Guru, especially when it’s not properly set up yet that he also runs multiple businesses. The Warriorr also sees Akshara Gowda as Guru’s lover Swarna. Given the impact her character could’ve had, it’s surprising Lingusamy doesn’t make much use of it. Much like Maha, she doesn’t get too many scenes that do not involve Satya or Guru. The same can be said for Satya’s mom (Nadhiya) too. 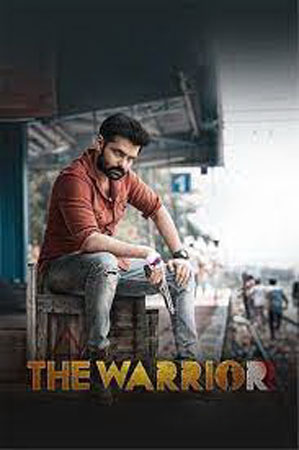 Where the film does perform is when it comes to some of the plot points and the performances. The makers did a good job of not revealing that Satya is an MBBS graduate and his journey from being a naïve boy to a hardened man is engaging. It’s not something new. But where the film truly shines is when it comes to Guru. He’s given a back story which shows how he came to be where he was.. It’s not something we haven’t seen before either. But these characters work not just due to Lingusamy’s narrative but also because of the way Ram and Aadhi play them. Sure, there are moments when you realise that beneath it all, The Warriorr remains a classic tale of revenge but the performances make it worth your time. Devi Sri Prasad delivers OST and BGM that are ‘trademark DSP’, now whether you like that or not, it depends on ones own preferences

Ram does a good job not just with his physicality but his performances too. Everything about him changes depending on what Satya does, he goes from a chocolate boy to a scarred individual with ease and is a delight to watch on-screen. Aadhi breathes life into Guru, everything from the way he lifts up his lungi to the way he wears his sunglasses ooze swag and just in case you get too comfortable with him, he does a good job of showing why he’s feared. Krithi and Akshara give their best with what they’re offered, so do the rest of the cast.

The Warriorr is a masala-laden commercial pot-boiler that’s meant to be watched over a shared bucket of popcorn. There’s no ‘relief’ or unnecessary comedy scenes breaking the flow of this war between Satya and Guru.It is one movie to keep in mind.