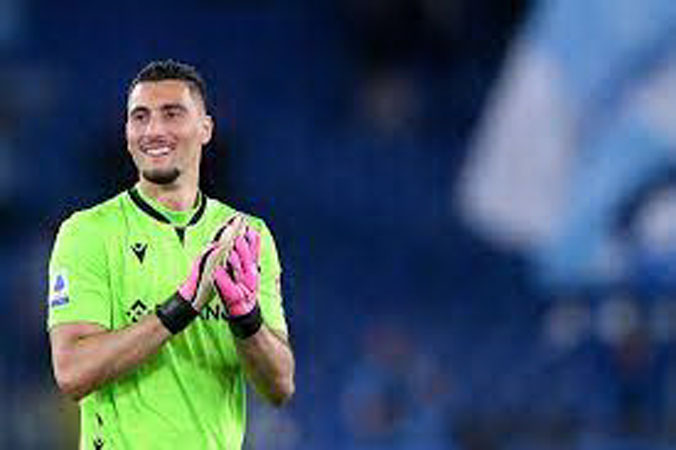 LONDON: Brentford signed Albania goalkeeper Thomas Strakosha on a free transfer from Lazio on Thursday.Strakosha’s move to the Premier League club is subject to international clearance, but he is expected to join up with his new team at their German training camp in the next few days.The 27-year-old played more than 200 times for Lazio and has won 19 caps for Albania.Athens-born Strakosha endured an injury-plagued campaign last season, but he cemented his role as Lazio’s first choice keeper on his return to fitness.”I am pleased that we have managed to sign a top goalkeeper. He has been number one at Lazio for a long time, which is very impressive,” Brentford manager Thomas Frank said.”He has played in Serie A and European competition and will bring that experience with him. He fits our goalkeeper model and comes in to a good environment with David Raya and Matthew Cox pushing each other every day.”Strakosha joined Lazio aged 17 in 2012 and made his professional debut in Serie B while on loan at Salernitana during the 2015-16 season.