Judgment is ‘full of errors’: Fawad 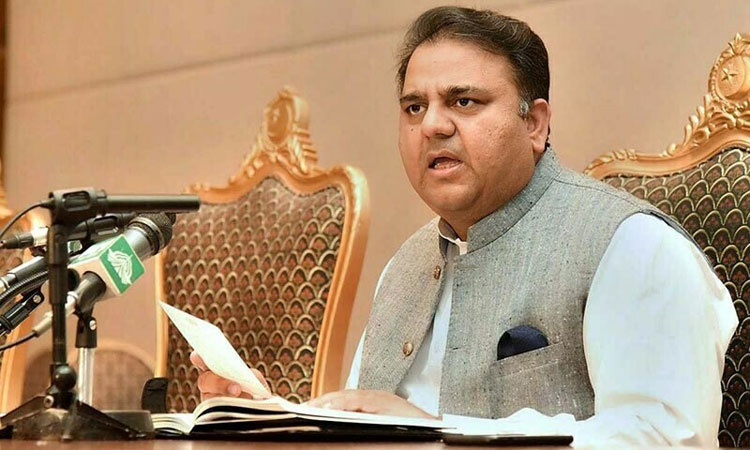 “The history of Supreme Court decisions in Pakistan has not been that bright,” PTI leader Fawad Chaudhry said in a press conference in Lahore after the apex court detailed judgment.

The judgment said the court was not satisfied, as insufficient evidence had been presented to support the PTI’s claim of foreign interference.

Chaudhry claimed that the PTI had urged the apex court to investigate the matter and submitted documents related to the “cipher” to the court, but the SC turned down the request and asked the party to not “speak on the cipher in detail”.

The PTI leader said the SC judgment stated that there wasn’t enough material to back the foreign conspiracy theory as “the court did not even bother to look at the evidence”.

Chaudhry claimed that people were aware of why the SC “did not want to investigate the cipher” as once the probe of the alleged conspiracy begins, then a conversation – that “they want to avoid” – will take place.

The PTI and party chairman Imran Khan have repeatedly blamed a United States-backed conspiracy that led to their government’s ouster on April 11 – and eventually led to the formation of the coalition government.

Chaudhry said the judges should have “read the cipher” before penning the judgment and added that once the PTI comes back into power, it will quash the order through Parliament, says a news report.

“Right now, the assembly is occupied, but once the PTI forms government with ? majority, we will quash this judgment through the National Assembly,” the PTI leader said.

Commenting on Justice Mazahar Alam Khan Miankhel’s additional note, Chaudhry said, “If we begin to pursue cases under Article 6, we will find there are more people to hang than there are nooses”.

In his additional note, the justice observed that President Arif Alvi, then PM Khan, then NA speaker Asad Qaiser, ex-deputy speaker, and former law minister Chaudhry had violated their authority.

“Whether these acts attract Article 6 of the Constitution (high treason) is also left open to be determined by the parliamentarians to ponder whether they should leave open the doors to such unconstitutional acts or take suitable measures to stop such a mess in future,” he had suggested.

The PTI leader said in Pakistan, “the establishment has developed a taste for making political decisions in the country”. “This can no longer occur, that judges and generals make decisions behind closed doors,” he said.

Fawad said the judges who facilitated the hanging of ex-premier Zulfikar Ali Bhutto must also be held accountable.

He suggested that the judiciary should refrain from bringing bitterness in politics while saying that nothing could be said if it was on that mission.

But, he added, it will soon change because of the media revolution. “This will not continue for long now.”

He said the establishment and judiciary have to allow the people of Pakistan to make their own decisions. It cannot happen that judges and generals pass the orders behind the closed doors, PTI leader added.

They cannot take decisions on the policies such as wars in Afghanistan and on terror, in which thousands of Pakistanis were martyred and the very next day; they accepted that their decisions were wrong, he said and added “We can’t allow such orders anymore.”

“I would like to remind them that the nation is now ready for a revolution. It is up to them to decide whether this revolution is to come by vote or to proceed in the style of Sri Lanka.”