* Petrol will now be available at Rs230.24 per litre and diesel at Rs236 per litre from today 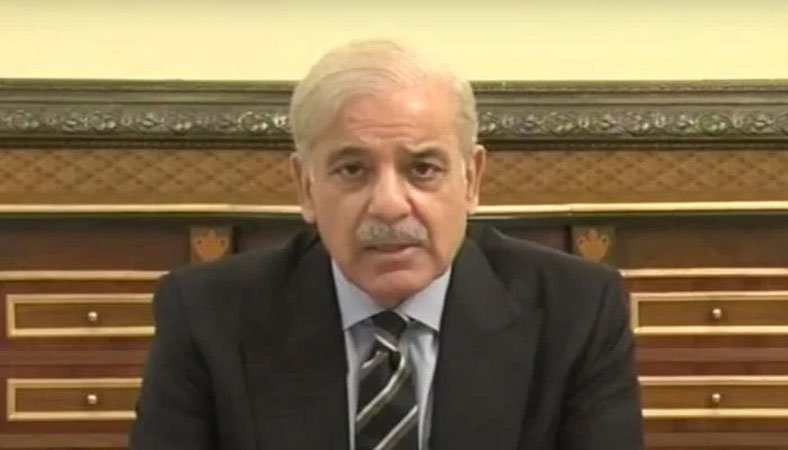 Prime Minister Shehbaz Sharif Thursday announced Rs. 18.54 and Rs. 40.50 reduction in the per liter prices of petrol and diesel, respectively from July 15.

Addressing the nation on television and radio, the Prime Minister said that as the prices of petroleum products were falling in the international market, the present government by slashing the petroleum prices fulfilled its promise of passing on the benefit of any decrease to the consumers in Pakistan.

Holding the previous government responsible for all the economic woes he expressed determination of the coalition government to put the country on the path of economic development and prosperity during the next 14 months. The Prime Minister added that the present government will focus on three vital areas of economy including Agriculture, Information Technology (IT) and Export Based Industries in the coming months.

The PM said a few months ago when his government assumed responsibility it inherited a broken economy. Inflation was at its highest and oil in the international market was touching the sky, he said adding the former government of Imran Khan signed an agreement with International Monetary Fund (IMF) on tough conditions and then before its ouster violated the agreement and laid landmines for the incoming government. The government of Imran Khan while making sudden decrease in oil prices before its removal, did not make any additional allocation for the reduction, in the budget, he told. He (Imran) did so to cause economic difficulties for the new government, he observed.

He said the previous government benefited from the low spot prices of gas in the international market, adding however it failed to sign the long term agreement to buy gas at five dollars per unit which was criminal negligence and caused suffering for the nation.

Shehbaz Sharif said, “with a heavy heart, earlier we had to raise the price of oil due to its hike in the international market.” He said oil prices hike was a burden for the common man but his government had no other option. If the government had another choice, it would not have put people in a difficult situation, he added.

The prime minister pointed out that today in the international market, oil prices were dropping rapidly and with the grace of Allah the government had the opportunity to reduce the oil prices and transfer complete benefit to the Pakistani citizens. He mentioned that his government had signed an agreement with IMF after efforts of day and night. He appreciated Minister for Finance Miftah Ismail for his efforts and for successful signing of the agreement with IMF. He reminded that there were nations in the world which 25 years back signed their last agreement with IMF and then they ventured on a new path and stood on their own feet with hard work and sweat and blood.

“I want that this should be the last agreement with the IMF and after that we should move towards self sufficiency and stand on our own feet with dignity and honour.”

He said path to self sufficiency was not an easy one and was laid with thorns but the nation could achieve its destination with hard work and sincerity. “Undoubtedly the unity and sincerity of Mian Muhammad Nawaz Sharif and the allied opposition leaders will help achieve our destination as was done by other nations.”

Shehbaz Sharif regretted that the Neelum Jehlum project which was to be finished in seven years, could only be completed after 20 years at a cost of five billion dollars instead of initial cost of one billion dollars. Haveli Bahadar Shah power project of 1250 megawatts started in 2018 during the government of Nawaz Sharif could not be completed even till now, the prime minister added. The project should have been completed two years back but now it had already incurred an additional cost of Rs 30 billion to Rs 40 billion, he continued.

He assured that the government would use the available resources for prosperity of the nation instead of wasting these precious resources and time of the nation.