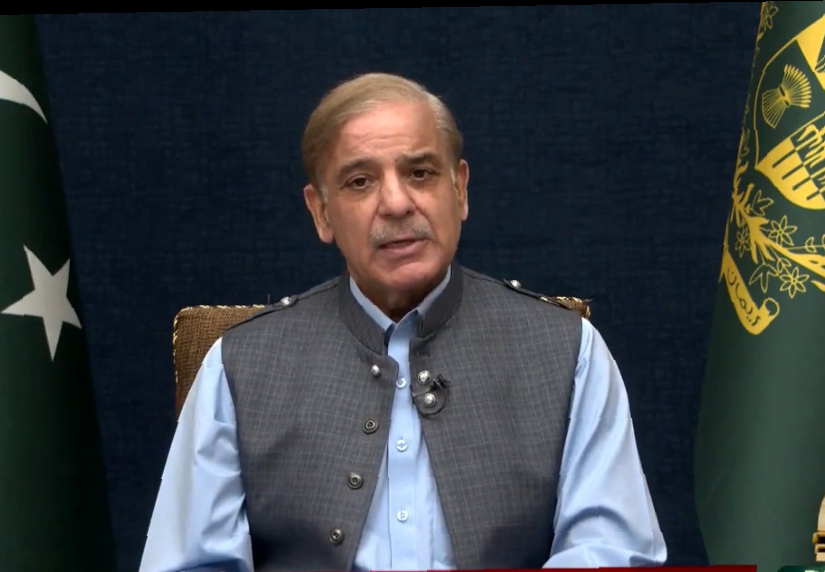 ISLAMABAD: Prime Minister Shehbaz Sharif said on Thursday that the Supreme Court’s detailed decision had exposed the pack of lies spread by Pakistan Tehreek-e-Insaf chief Imran Khan, who portrayed the no-confidence vote as a “regime change.”

“Honourable Supreme Court’s detailed judgement on Vote of No Confidence exposes the lies and propaganda indulged in by Imran Khan and company,” he said in a tweet.

The prime minister termed it “utterly shameful” how Imran Khan tried to undermine the Constitution and manufactured the lie of “regime change”.

“The judgement is a must-read for everyone,” he stressed.

Honourable Supreme Court's detailed judgement on Vote of No Confidence exposes the lies & propaganda indulged in by Imran Khan & Co. Utterly shameful how IK tried to undermine the Constitution & manufactured the lie of "regime change". The judgement is a must read for everyone.

The Supreme Court issued a detailed judgement on Wednesday explaining its decision to overturn a contentious ruling by the National Assembly speaker on April 3 that dismissed the no-confidence motion against then-prime minister Imran Khan.

Justice Bandial also said that the April 3 ruling failed to qualify for the protection of the internal proceedings of parliament under Article 69(1) as it was “not the outcome of a vote in the national assembly instead, it was a unilateral decision”.