* He dedicated the performance to the sacrificial goat 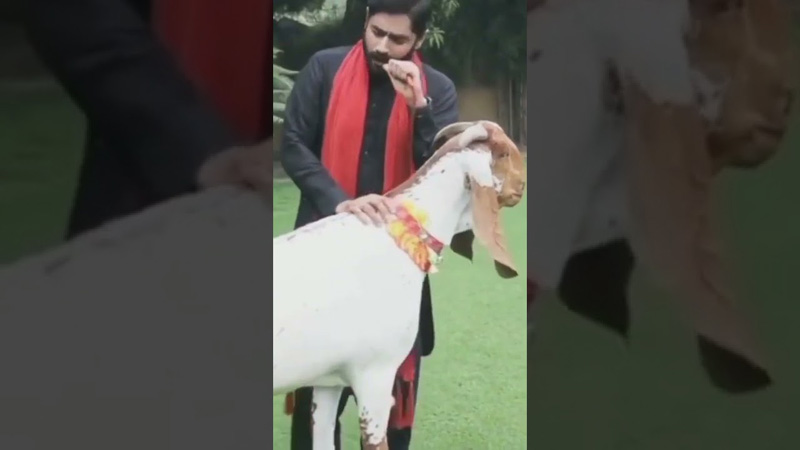 The viral video sees him singing his hit song Nach Majajan Nach while standing beside the sacrificial animal. He used the animal’s leash as the microphone.

He dedicated the performance to the sacrificial goat.

It is pertinent to mention that the Bollywood film JugJugg Jeeyo stirred controversy when his song Nach Punjaban was featured in its trailer.

The singer had criticised Karan Johar after the trailer, which featured the song, made rounds on social media platforms.

However, his accusations were denied by the makers of the movie when a UK-based record label ‘Movie Box’ got into the matter and assured that the song was licensed by them to be included in the movie.

The official music video saw Abrarul Haq credited for his song. His name was added to the music composition and lyrics under the credits. He then announced to take legal action against Karan Johar and T-series for using his song in the upcoming movie JugJugg Jeeyo.