Saim Sadiq, Pakistan’s moment in the sun and India-Pak camaraderie 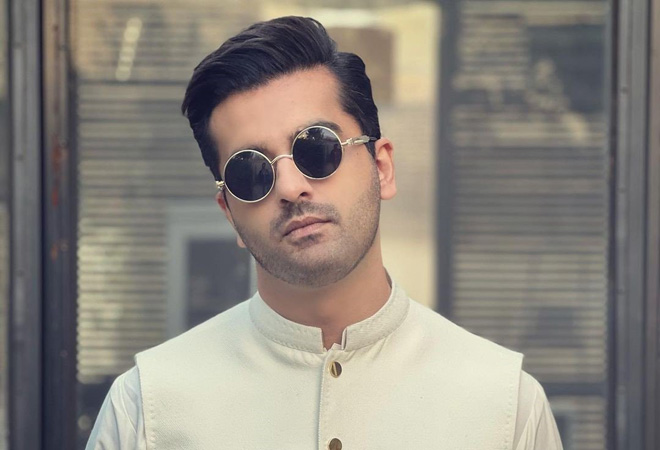 How a “right-wing family, unapologetically conservative, is in clash with its own morals”. The film is about desires and their undoing.

Pakistan’s debut at Cannes, Joyland, picked up two awards: Un Certain Regard Jury Prize and Queer Palm. The film’s an extension of the arc Sadiq sketched in his short film ‘Darling’, which also featured Alina Khan as a trans dancer and Punjabi ‘mujra’, and won the Orizzonti Award for Best Short Film at the 2019 Venice Film Festival.

Sadiq and his 40-odd crew were overwhelmed by a full-house standing ovation at the Cannes premiere. He’d only recall the details of that night three weeks later. In the pitch-dark hall, the audience watched the film in rapt attention for two straight hours and broke into an applause bang in the middle of the movie, to the Biba song. It felt like the audience weren’t watching the film, but were right inside the film clapping away as Biba

In the feature film, two worlds collide, the Other – the transwoman and the tabooed ‘mujra’, or theatrical semi-erotic dance – enters the house. Punjabi ‘mujra’ is exclusive to Pakistan. The hyper-sexualised dance is an ironic fruit of the Zia regime’s ban culture.

The story is about three people, with a transwoman as one of the leads, but the film is not about her transness. Pakistan has led by example, while Bollywood still doesn’t cast a trans person in a trans role. “For me, it’s as normal to put them in a film as to put a male or a female character and right next to them, not more important, but not less either,” says Saim Sadiq.

“From the bottom of my heart, I want to thank Saim-‘ji’ for giving me a chance; to show me/us not just as a trans character to be ridiculed, made fun of, or as a negative character, but as an individual capable of emotions. I was scared that if we didn’t win at Cannes, what face would I show back home,” says Alina Khan.

A not-so-masculine man Haider falls in love with a trans dancer Biba, but remains a confused cookie.

“I wasn’t tracing Haider from a place of sexuality, but of masculinity. How the pressure of knowing what you are comes as much from the conservative side as the liberal and the fact that for a guy like this there’s really no space in either of the worlds. We don’t like confusion; we don’t have empathy for confused people. And that, for me, was the right protagonist,” says Sadiq.

Haider is a feminist husband to Mumtaz, she works at a salon while he holds the fort at home. She’s the more macho between the two. She prefers loose clothes; her hands don’t tremble like Haider’s during qurbani. There’s camaraderie, but something’s amiss

“A character like this in the hands of a lesser actor would just not fly. Ali makes it work in the most special way. He really did have, perhaps, the toughest part in the film,” says Sadiq.

Haider is a helper to his ‘bhabhi’ Nucchi, helping with odd jobs at home, being a nanny to her daughters, chaperoning her to the hospital, etc

The ancillary characters, like the caring neighbour Fayyaz aunty – a natural who delivers a delicate, compelling act – are fleshed out, given individual importance. When all the stars align, there will be a spectacle.

“In terms of equity, it was all American,” says Los Angeles-based Apoorva Guru Charan, the film’s Indian origin producer and Sadiq’s bench-partner from Columbia University. She was born in Hyderabad, India. Her family moved to the US in 1998. “It felt like the most natural film to come out of South Asia. The conflicts are universal, but context is specific: living in a joint family, having to deal with your ‘bhabhi’ at home, grandfather, etc.,” she says.

At age three, Sadiq would watch the Sridevi-starrer ‘Laadla’ “so many times” at his aunt’s place. In the ’90s, when his Army-officer father would be posted in “high-tension border areas and the tensions would flare up, people would observe a fast from Bollywood films for a couple of weeks and return to them once the tension subsided. It was pretty normal to watch Bollywood films, but we wouldn’t watch the jingoistic ones,” he says, “With 20-30 films a year, Pakistan’s film industry, which recently got an industry status, is “probably even smaller than any regional industry in India.”

“‘Joyland’ is a Saim-Apoorva collaboration more than anything. I had a very good experience in Pakistan,” says Charan. “Poorvi and I work together well. She happens to be an Indian, I happen to be a Pakistani, and I don’t care about that. I don’t understand what this artistes’ ban means. I didn’t go to India. We tried our best, we got her here. It worked out really well,” adds Sadiq.