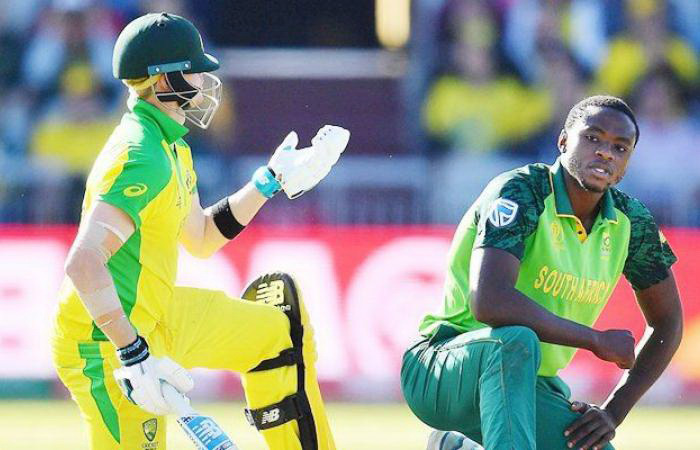 SYDNEY: South Africa have cancelled their men’s one-day international series scheduled for Australia in January, it was confirmed Wednesday. Matches on January 12, 14 and 17 in Hobart, Sydney and Perth have been scrapped said Cricket Australia, after South Africa’s request for new dates to avoid a clash with their domestic T20 league could not be accommodated. “It is disappointing that Cricket South Africa will be unable to contest the ODI series in January,” said Cricket Australia chief executive Nick Hockley. The series was part of the ICC Super League which determines direct qualification for the 2023 World Cup. With a backlog of postponed fixtures form the pandemic meaning no window is available to reschedule before the qualification cut-off in May, South Africa have agreed to forfeit all 30 Super League points to Australia, pending ICC approval.

South Africa are languishing in 11th place in the Super League, with the top eight qualifying automatically for the World Cup in India next year. The loss of the 30 points available for the series means South Africa will almost certainly have to win their remaining series against India and England, plus two postponed matches against the Netherlands, to avoid playing in a qualifying tournament. “As difficult as this decision has been for CSA, the long-term sustainability of our new T20 League is reliant on having all our domestic players available for this exciting new addition to the CSA calendar,” CSA chief executive Pholetsi Moseki said in a statement.

A three-Test series against South Africa in December and January will go ahead as planned. Three other Australia fixtures have had venue changes to provide an even spread of matches for home supporters. A men’s Twenty20 match against the West Indies on October 7 has moved from the Gold Coast to Brisbane, while a Twenty20 international against England two days later has switched to Perth, from Brisbane. A women’s T20 match against Pakistan on January 26 moves changed from Canberra to Hobart.