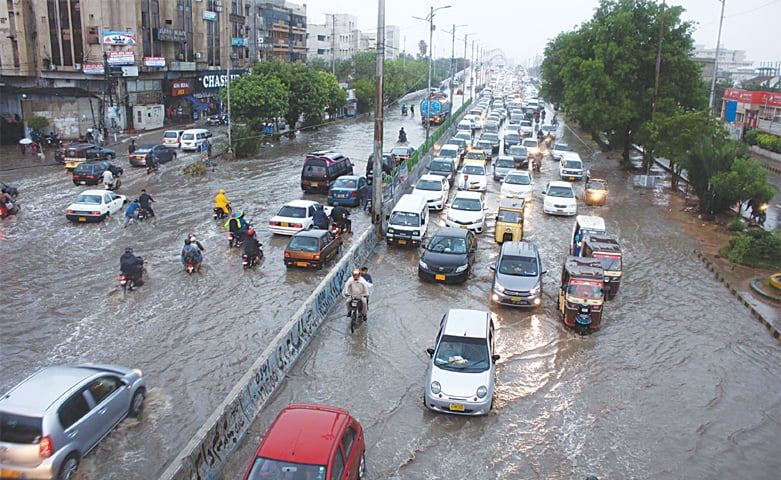 Strong winds and rain hit the upper Punjab city of Jhelum and its suburbs on Thursday for the second straight day, flooding low-lying areas as well as roads.

The Ghan Nullah overflowed its banks in several locations, flooding nearby communities as well as fields and forcing residents to spend the majority of their time indoors. Water even made its way inside some homes and businesses.

Up until the latest reports, all roads, including Civil Line Road and Shandar Chowk, were covered in knee-deep water.

Heavy rains hit the city over the past two days, as well as the surrounding regions like Dina, Sohawa, and Pind Dadan Khan.

On the other hand, residents of the affected areas have pleaded for assistance from Punjab Chief Minister Hamza Shehbaz.