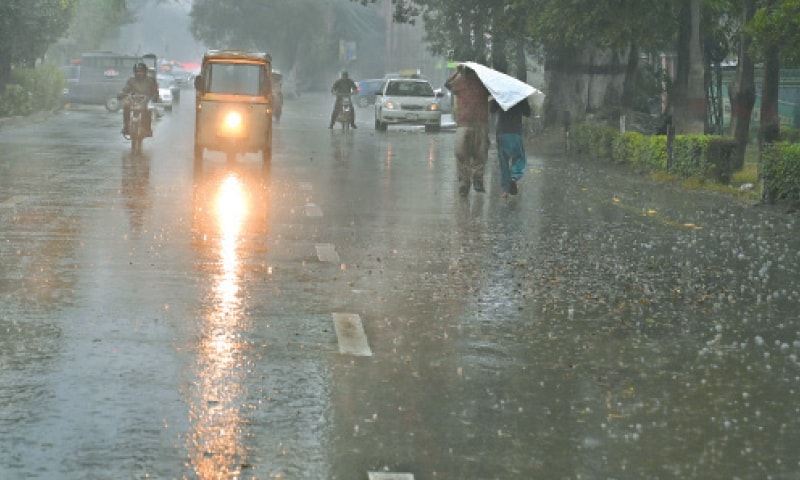 A new monsoon spell of wet showers will hit Pakistan tomorrow, bringing heavy to very heavy rain to many areas of the nation, including Karachi and Balochistan, which are already drowning in rain.

According to the Pakistan Metrological Department, a new rainy period will start on July 14 and last through July 17. Like the previous monsoon, it will be strong and bring Karachi heavy rains that may result in urban flooding.

The recent heavy rains that started in Karachi on July 4 have already completely destroyed it, as the entire city was submerged in rainwater during Eid days. After yet another heavy spell, the administration is raising alarms.

The federal and provincial civic bodies were instructed to closely monitor the safety precautions in advance of the monsoon spell beginning on Thursday by Prime Minister Shehbaz Sharif on Tuesday.

He urged the relevant authorities to set up an appropriate safety net for citizens of the entire nation, including Sindh, Balochistan, and South Punjab.

At least 20 people have already perished in Karachi as a result of various rain-related incidents. A police report states that 13 people died from electrocution, two people drowned, and other people died when walls or roofs collapsed.

The city received up to 106.6mm of rain on Sunday night, which the Met Office reported increased to 126.6mm on Monday morning.

Today’s rain forecast for many areas was also released by the Pakistan Metrological Department.

Showers that came early this morning in various parts of Lahore made the weather pleasant and the mercury dropped to 28 degrees Celsius.

There will be more rain in many areas of rain-soaked Balochistan, including Kharan, Zhob, Barkhan, Naseerabad, Makran, Turbat, Gwadar, Qalat, Khuzdar, Panjgor, and Awaran.

PMD predicts that many areas of Kashmir and Gilgit-Baltistan will experience heavy sleet.