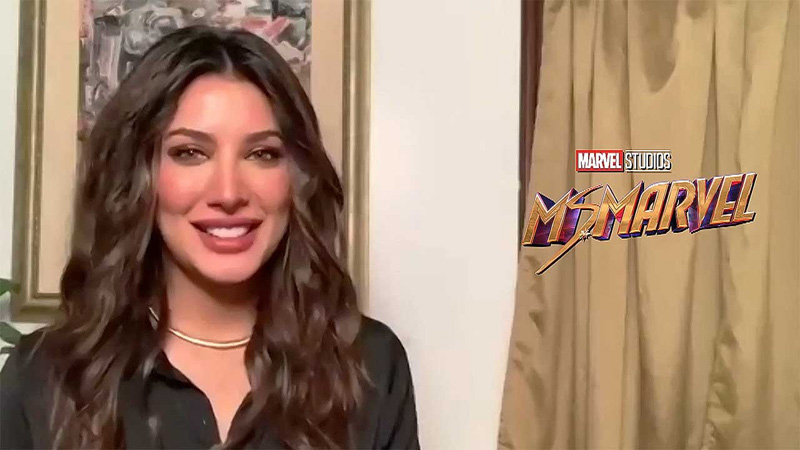 Pakistani superstars Mehwish Hayat and Fawad Khan have officially entered “Ms. Marvel’s” universe as Kamala Khan’s great grandparents. With a coming-of-age story like this, Hayat is particularly excited about her “immortal” role redefining how Pakistanis are often shown on mainstream media. The 34-year-old actor felt that casting native actors and directors to add authenticity to the show will help eradicate all misconceptions about Pakistanis on mainstream TV. Speaking to Disney Central about her character Aisha, she also expanded on the comparisons between Hollywood and our entertainment industry, the responsible representation of Pakistanis and Muslims in the show and Iman Vellani’s acting debut. Even after the show had released four episodes, Hayat chose to remain tight-lipped about her mysterious character while only saying that she’s essaying “a Djinn and Kamala’s great grandmother.” Possibly hinting at a detailed look into her life one last time in the fifth episode, she added, “You’ll have to wait for another episode to find out more about her.” Speaking about the diversified global cast for the shoot for “Ms. Marvel”, Hayat recalled that most of her scenes were shot in Thailand while a few of them were in Pakistan.