Bismah confident of good show in tri-series and Commonwealth Games 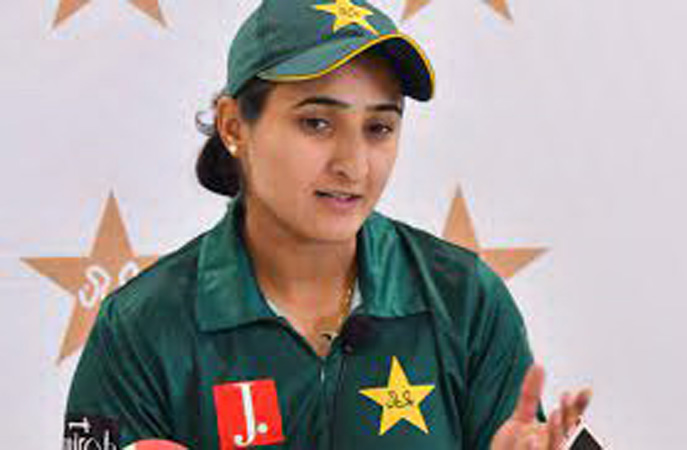 LAHORE: Pakistan women’s national cricket team’s training camp for the tri-series in Ireland and the Commonwealth Games concluded in Islamabad on Saturday. The BismahMaroof-led team will fly out for Belfast via Dubai in the wee hours of July 12 (Tuesday). The team will take a two-day Eid-ul-Adha break on Sunday (today) and on Monday (tomorrow) while preparing for their journey for the two events.The squad trained and practiced in Rawalpindi and Islamabad at the Pindi Cricket Stadium and House of Northern for the last nine days and despite rain interrupted preparation sessions, the squad endeavoured to make most of the available time by working on various aspects of T20 cricket including improvised drills, nets sessions and scenario-based matches.Indoor training sessions were also arranged for the team at the Shahbaz Sharif Sports Complex.

Besides bowling and batting drills and practice, the squad also worked hard on fielding and physical fitness under the supervision of the support staff led by head coach David Hemp.Bismah, meanwhile is looking forward to the two challenging events against formidable opponents.Bismahsaid: “Our preparations have suffered a bit due to the persistent rains as we could not play practice matches, we had to hence shift our focus to fitness more. We tried to make most of the indoor facility we were provided and that did come as a good help to the side amid the weather challenges.The tri-series in Ireland provides us a good opportunity of acclimatising to the conditions ahead of the Commonwealth Games. We have a good team combination with youngsters like Tuba Hassan, Ayesha Naseem and Fatima Sana providing real energy, skill and talent, they are the ones for the future and this tour is a real opportunity for them to make a big impression.At the Commonwealth Games, we would take on the challenge of playing formidable opponents as to succeed there we need to beat the big teams, our aim would be to target a victory.”

Pakistan will play their opening match of the Tri-Nation Women’s T20I Series against Australia at the Bready Cricket Club on July 16. Pakistan will play both Australia and Ireland twice, the top two sides will progress to compete in the final. All seven tournament matches will be staged at the Bready Cricket Club.After the completion of the tri-series, Pakistan will travel to Birmingham to take part in the Commonwealth Games. The green shirts are placed in Pool A alongside T20 world champions Australia, India and Barbados. Pakistan play Barbados in their opening match on Friday (July 29).Cricket matches during the Games will be staged at the Edgbaston Stadium, Birmingham.