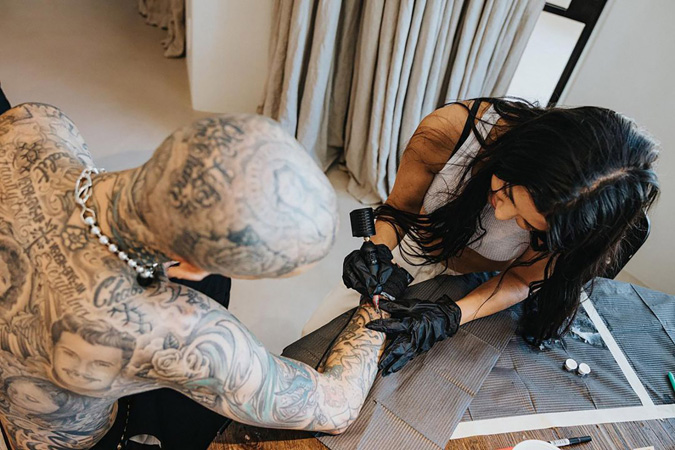 Travis Barker, who was recently hospitalised for seven days reportedly due to pancreatitis, is back home and “feeling much better”. The Blink-182 drummer, who tied the knot with Kourtney Kardashian last month, had taken to Twitter to write: “I am so very very grateful that with intensive treatment I am currently much better. Grateful for so much.”

Looks like the musician is now spending quality time at home, a glimpse of which was shared by the Keeping Up With The Kardashians star on Instagram. The 43-year-old celebrity shared a moment with Travis in which she also revealed “some of my finest work”. Wondering what it is?

The musician, who has numerous tattoos added another one to his kitty — inked by Kourtney. In the picture, one can see a ‘K’ tattooed next to a heart icon. The musician, too, re-posted the picture on his Instagram handle. 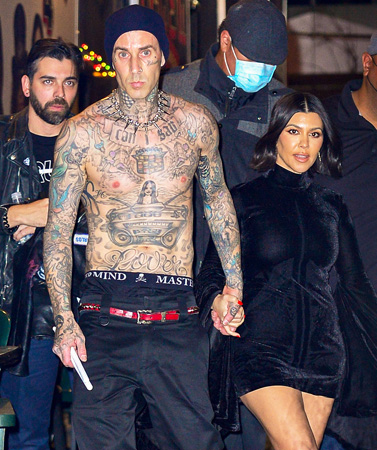 Previously, he had got Kourtney’s lips tattooed on his arm. Travis’ tattoo artist Scott Campbell also posted pictures of the final design, confirming that it was indeed Kourtney’s lips; the massive scorpion is a symbol of the punk rocker’s zodiac sign. The caption read, “Scorpio season. On @travisbarker Lips straight from the mouth of @kourtneykardash Congrats you two.”

Looks like Kourtney has been trying her hand at tattooing for a while now. Last year, she had shared a photo wherein she was seen making a tattoo on Travis’ hand. “I tattoo”, she wrote while showing off the romantic words, “I love you” tattooed on him.

The drummer had also shared a video of his tattoo-making process while flaunting his tattoo, ” You’re so cool”, last year.