From Dallas to Denver, astonishing book matches vintage pictures of the American frontier with modern photos 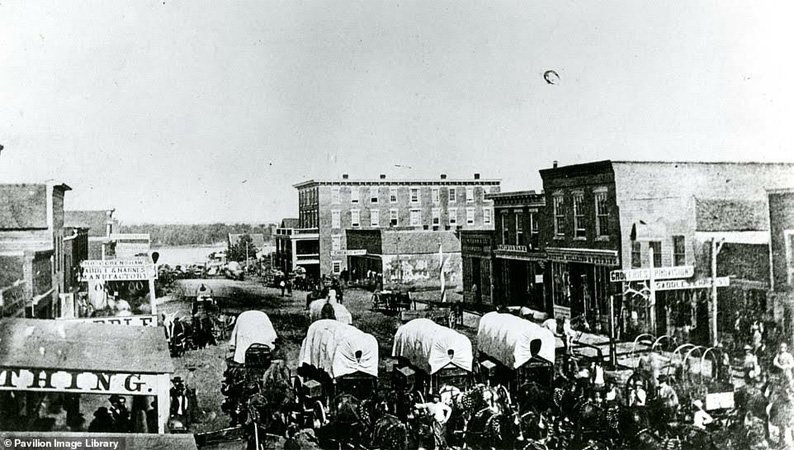 Saddle up for a trip through time to the Gold Rush cities, wagon train trails and cow towns of America’s Old West in this fascinating photo book. The Old West Then and Now by Vaughan Grylls, published by Pavilion, pairs vintage photographs of the American frontier – spanning from 1865 to 1907 – with contemporary pictures of the same scene. Among the highlights in the compendium are images of the abandoned main street of Goldfield, Nevada, the historic point in Utah where the transcontinental railroad was joined, and the city of Prescott, Arizona, which once had a ‘Wild West reputation’. Photographer and author Grylls explains: ‘Between the end of the Civil War in 1865 and the beginning of the 20th century, the number of people seeking a new life in the American West increased massively. Many of these pioneers were American-southerners from towns ravaged by the war, homesteading veterans from north and south looking for western land bounties, deserters on the run, carpet-baggers, showmen, teachers, store-owners, farmers, silver and gold prospectors – each had a reason and the reasons were endless.