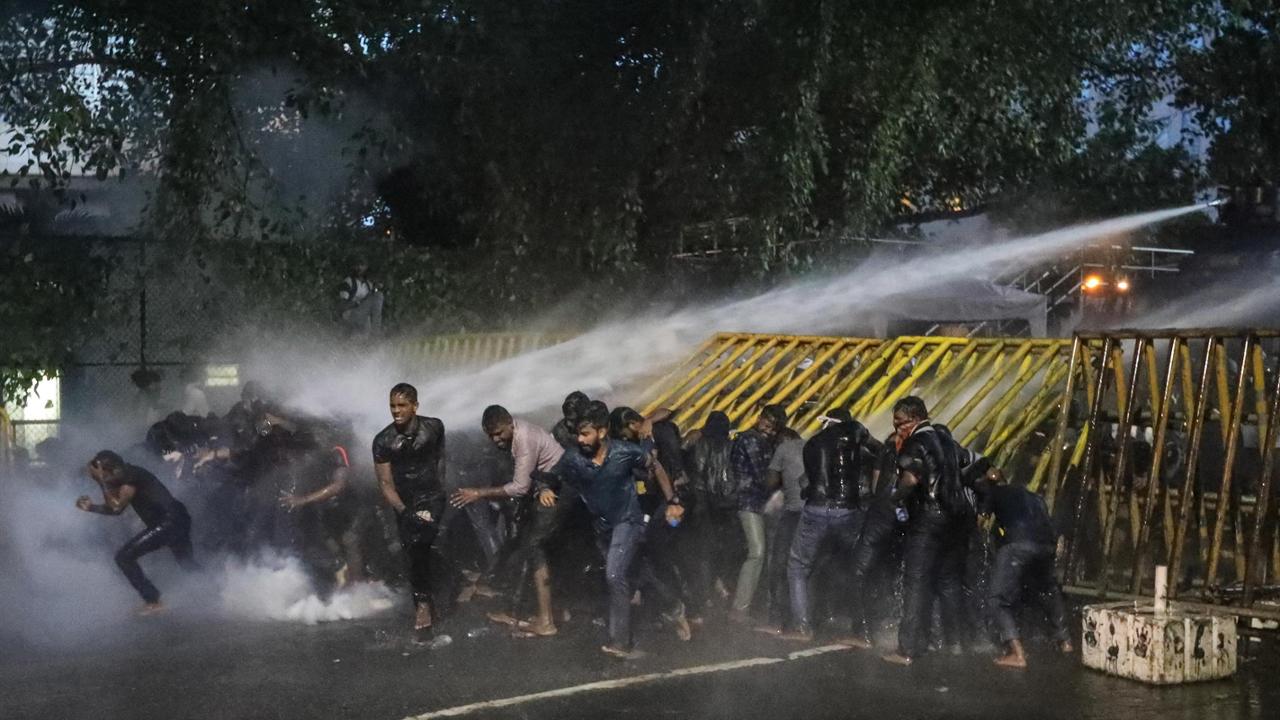 Thousands of protesters in Sri Lanka’s commercial capital Colombo broke through police barricades and stormed the president’s official residence on Saturday in one of the largest anti-government marches in the crisis-hit country this year.

Two defence ministry sources said President Gotabaya Rajapaksa was removed from the official premises on Friday for his safety ahead of the planned rally over the weekend.

A Facebook livestream from inside the president’s house showed hundreds of protesters, some draped in flags, packing into rooms and corridors, shouting slogan’s against Rajapaksa.

Hundreds also milled about on the grounds outside the colonial-era white-washed building. No security officials were visible.

At least 21 people, including two policemen, were injured and hospitalised in the ongoing protests, hospital sources told Reuters.

The island of 22 million people is struggling under a severe foreign exchange shortage that has limited essential imports of fuel, food and medicine, plunging it into the worst economic crisis since independence in 1948.

Many blame the country’s decline on President Gotabaya Rajapaksa. Largely peaceful protests since March have demanded his resignation.

Police fired shots in the air but were unable to stop the angry crowd from surrounding the presidential residence, the witness said.

Reuters could not immediately confirm the president’s whereabouts.

Despite a severe shortage of fuel that has stalled transportation services, demonstrators packed into buses, trains and trucks from several parts of the country to reach Colombo to protest the government’s failure to protect them from economic ruin.

Discontent has worsened in recent weeks as the cash-strapped country stopped receiving fuel shipments, forcing school closures and rationing of petrol and diesel for essential services.

Sampath Perera, a 37-year-old fisherman took an overcrowded bus from the seaside town of Negombo 45 km north of Colombo, to join the protest.

“We have told Gota over and over again to go home but he is still clinging onto power. We will not stop until he listens to us,” Perera said.

He is among the millions squeezed by chronic fuel shortages and inflation that hit 54.6 percent in June.

Political instability could undermine Sri Lanka’s talks with the International Monetary Fund seeking a $3 billion bailout, a restructuring of some foreign debt and fund-raising from multilateral and bilateral sources to ease the dollar drought.