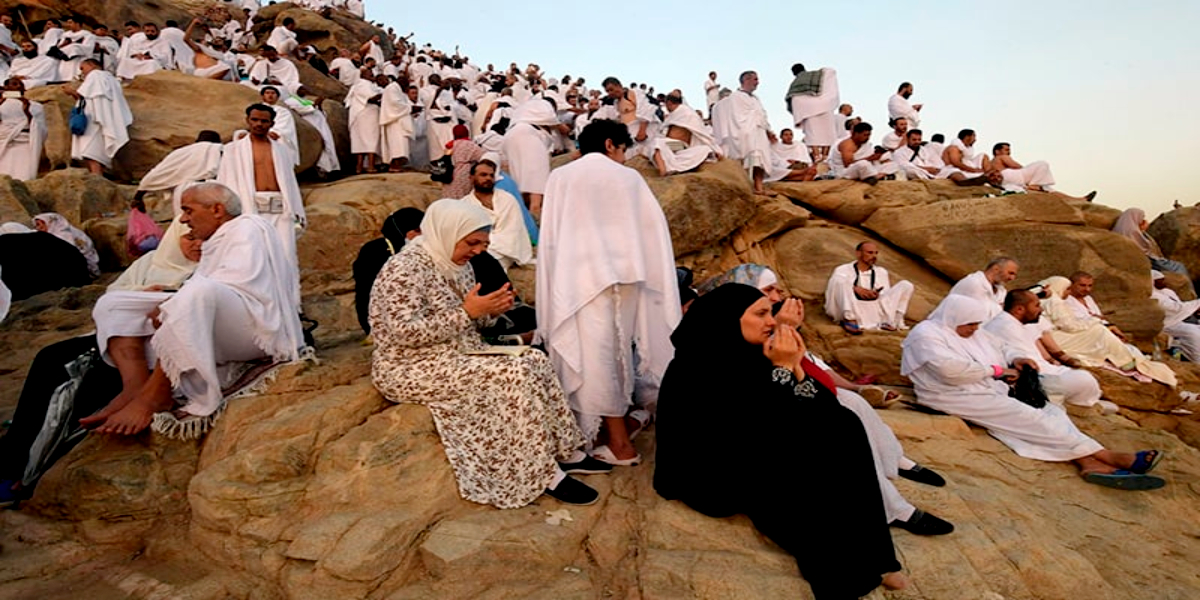 MAKKAH: One million pilgrims hailing from every nook and cranny of the world including Pakistan on Friday offered ‘Waqoof-e-Arafah’ at Arafat with religious zeal and zest.

On this occasion, Dr Al Sheikh Muhammad bin Abdul Karim Al Issa delivered the Hajj sermon, urging the entire Muslim ummah to be united for the supremacy of Islam and deal with the prevailing challenges with concerted efforts. The Muslims should follow the divine commands in letter and spirit to uphold the respect and dignity of Muslim community on the globe, He added.

The pilgrims, after the ‘Waqoof-e-Arafah’, are ready to move towards their next destiny, Muzdalifah, where they would offer Namaz-e-Maghrib and Isha together as they offered Namaz-e-Zuhr and Asr in Arafat jointly. They would also stay in the following open-aired field till Namaz-e-Fajr and later on, depart for Rami Al Jamarat, another religious ritual of Hajj in which the pilgrims would throw seven pebbles on each Shaitan as practiced by Hazrat Ibrahim (AS) for three days consecutively.

On Thursday, the government of Saudi Arabia, in a bid to manage the huge crowd of faithful in proper manner, transported the pilgrims from Mina to Arafat as per its elaborated plan.

After reaching Arafat, a large number of people thronged to the Mount Arafah that is also called the ‘Jabl-e-Rahmat’ and Masjid-e-Nimrah to seek the blessings of Allah Almighty. The Arafat was roused with the voice of Talbiya, Labaik Allahumma Labaik, which means (‘Here I am, O’Allah, here I am).

It is pertinent to mention here that this beautiful moment is being observed once a year particularly on the day of Arafah, otherwise, this sacred premises is kept close for the visitors.

Talking to APP, the pilgrims lauded the splendid services of the host country and said they were feeling like at home. The way, Saudi government had served them keeping in view the needs of the day, they could not express their feelings in the words, they added.

Chaudhry Saqib, a pilgrim from Pakistan, said the Saudi government had transformed the whole Hajj process on the scientific lines through introducing online applications, developed for smooth sailing of Hajj operation. He said all the departments of Saudi government were performing their duties in more professional way to facilitate the pilgrims.