KP CM agrees to up-gradation of PFI to degree level 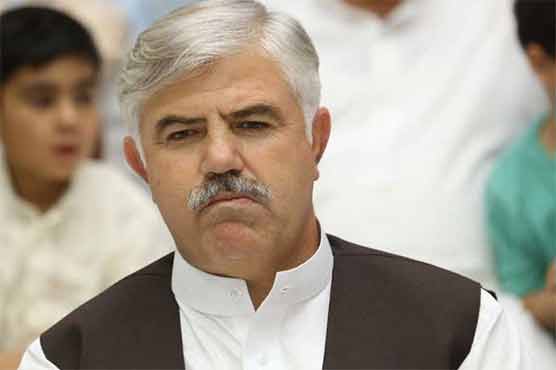 PESHAWAR: Chief Minister Khyber Pakhtunkhwa Mahmood Khan has agreed in principle to the proposal regarding up-gradation of Pakistan Forest Institute (PFI) to the level of Degree Awarding Institute or a full-fledged University. He has directed the quarters concerned to submit the final way forward in consultation with all stakeholders to this effect saying” PFI is a unique institute , which needs to be upgraded in accordance with the requirements of modern era.”

“The government of Khyber Pakhtunkhwa will extend all possible resources for the purpose” he assured.

Briefing about the proposal regarding up-gradation of PFI, the meeting was informed that PFI was a sole institute of its kind not only in Khyber Pakhtunkhwa but across the country adding that up-gradation of the institute was a dire need of the hour through which M.Phil and PhD programs in forestry and allied sectors could also be offered in the institute.

Agreeing to the aforesaid proposals, the chief minister gave go ahead to this effect and said that the provincial government was fully committed to extend all possible support for the purpose.

He said that up-gradation of the institute will provide opportunity of quality research and education to the students from across the country including Khyber Pakhtunkhwa.

Meanwhile, the forum was also briefed about the revival of Forestry Commission Act 1999, Forest Wood lot Policy and revival of the Forest Development Corporation.

It was told that a draft of the amendments in rules under the forest policy was ready whereas a summary regarding Darmalak Special Game Reserve had also been moved for approval.

It was further informed that a plan for the rehabilitation of Forest Huts in the various forest regions was also ready and would be presented for the approval of the chief minister very soon.