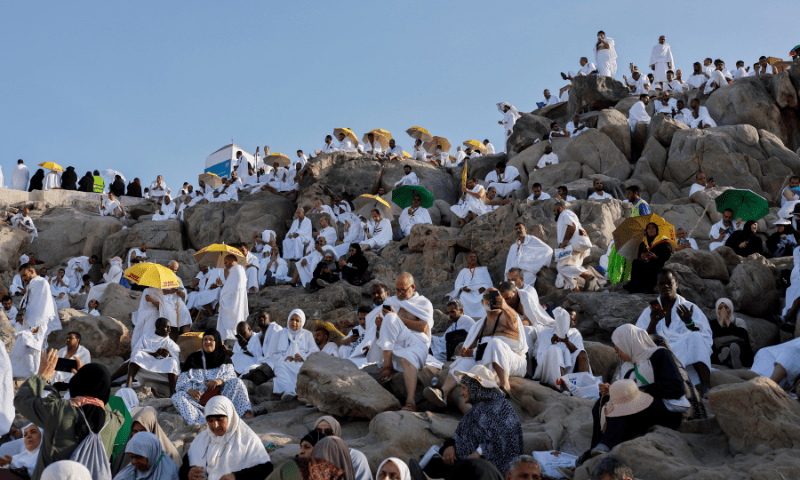 Huge crowds of pilgrims started praying on Saudi Arabia’s Mount Arafat early on Friday, the high point of the biggest Haj pilgrimage since the pandemic forced drastic cuts in numbers for two years in a row.

Muslim pilgrims from all over the world gathered in Maidan-e-Arafat where the Prophet Muhammad (Peace Be Upon Him) delivered his final sermon.

The worshippers, who numbered one million in total, including 850,000 from abroad, spent the night in camps in the Mina Valley.

While in Arafat on Friday, pilgrims will hear the Hajj Sermon at Masjid-e-Nimrah. The sermon will be delivered by Dr. Al Sheikh Muhammad bin Abdul Karim Al Issa.

Worshippers will spend several hours at the mountain praying and reciting the Holy Quran. 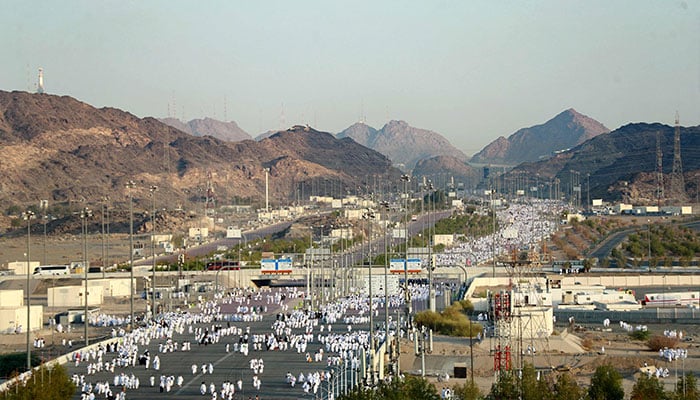 After sunset, they will head to Muzdalifah, halfway between Arafat and Mina, where they will sleep under the stars before performing the symbolic “stoning of the devil” ceremony on Saturday.

This year’s Haj is taking place against the backdrop of a resurgence of Covid-19 in the region, with some Gulf countries tightening restrictions to keep outbreaks in check.

All participants were required to submit proof of full vaccination and negative PCR tests. Upon reaching Mina on Thursday, they were handed small bags containing masks and sanitizers.

The Haj, usually one of the world’s largest annual religious gatherings, is among the five pillars of Islam and must be undertaken by all Muslims with the means at least once in their lives.

In 2019, some 2.5 million Muslims from around the world took part, as in previous years.

But the coronavirus outbreak has since forced Saudi authorities to dramatically downsize the Haj. Just 60,000 fully vaccinated citizens and residents of the kingdom participated in 2021, up from a few thousand in 2020.

On Saturday, pilgrims will take part in the “stoning”, the last major ritual of this year’s Haj. This ritual has in past years led to deadly stampedes, as hundreds of thousands of participants converge on a small space.

After the stoning ritual, pilgrims return to the Grand Mosque in Makkah to perform a final “tawaf” or circling of the Kaaba. Eidul Azha marks the end of Haj.