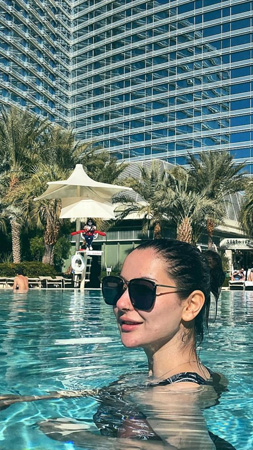 Pakistani star actress and model Hania Aamir is known for being an absolute sweetheart who is adored by the masses but this time the Ishqiya star has created an uproar on the Internet. In the recent clip, the 25-year-old can be seen having fun by showing off gains. The fashionista dropped a story on Instagram giving an insight into the effort she puts in to achieve perfect physique. Donning a black top, the 25-year-old can be seen doing crunches to tone abdominal muscles however the netizens were unable to digest Hania’s workout as they flocked to the comment section to express their feelings which resulted in massive backlash. The Janaan star previously stepped back from being active on social sites after the trolling intensified given her unapologetic statements that received immense backlash. The Pakistani star appeared in many famous projects including Titli, Visaal, Mujhe Jeenay Do, Ishqiya, Dil Ruba, Mere Humsafar and Sang-e-Mah.