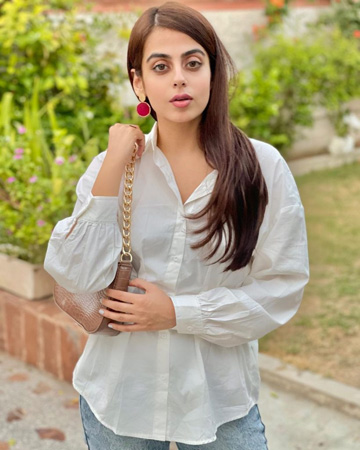 Lollywood diva Yashma Gill is undoubtedly one of the beautiful faces in our entertainment industry and in addition to her impeccable acting skills, her calm and collected persona sets her apart from her contemporaries.

In her latest interview, the Azmaish star expressed her views regarding the Dillagia actor and she shared her two cents on the popular actor and producer. She was asked about working with Faysal Qureshi, Sheheryar Munawar and Humayun Saeed.

Discussing the Bin Roye actor, Gill mentioned his infamous dialogue and said. “‘Ye mard humhare peeche do takay kay bhi nae’:” On the work front, Gill has been praised for her performance in many drama serials including Mujhe Khuda Pay Yaqeen Hai and Phaans.