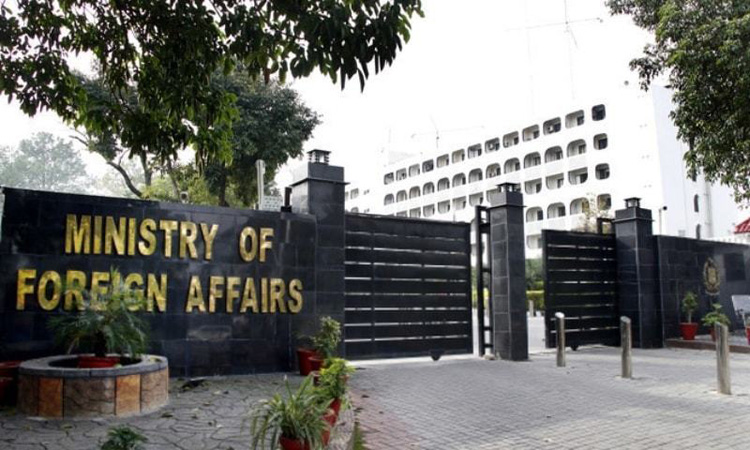 The Foreign Office on Thursday outrightly rejected “baseless allegations” levelled by Indian Army through a “dossier” reported by various sections of the Indian media. According to India Today, the Indian army prepared a 33-page defence dossier containing claims of Pakistan’s alleged “terror plots” against the neighbouring country. Responding to the claims, the FO said, “We outrightly reject this false and fabricated so-called dossier, the reported contents of which have been crafted using disinformation, fake assertions and insinuations that seek to divert the world’s attention from India’s own brazen and well-documented campaign of state- terrorism and widespread human rights violations in the Indian illegally occupied Jammu and Kashmir.” The FO spokesperson highlighted that instances had been reported where direct links between the ruling BJP and perpetrators of violence in the IIOJK, Udaipur and elsewhere had surfaced. “Pakistan has regularly shared with the world irrefutable evidence of Indian occupation forces’ gross and widespread violations of human rights abetted by draconian laws in the IIOJK through comprehensive, evidence-based dossiers.” The spokesperson said the evidences compiled by Pakistan had extensively documented the “truth behind India’s active planning, promoting, aiding, abetting, financing and execution of terrorist activities in Pakistan”. The FO noted that it was regrettable that India had chosen to present fictional accounts to divert attention from its “own failures instead of fulfilling its obligations under international law and ensuring that the people of IIOJK are granted their inalienable right to self-determination”

Pakistan asked India to carry out introspection with a view to putting its own house in order. “The mischievous Indian attempts at masquerading as a victim of terrorism and leveling baseless terrorism-related allegations against Pakistan stand fully exposed,” the statement added. Separately, Addressing the weekly press conference, the Foreign Office Spokesperson said Pakistan will continue to support the Kashmiri people in their just struggle against Indian occupation till the realization of their inalienable right to self-determination as promised to them by the relevant UN Security Council Resolutions. “It is no surprise that during the week a dozen Kashmiri youth were arrested in continuing cordon and search operations. India must realize that despite applying all tools of oppression and using state terrorism as a policy, it has failed to subjugate the will of the Kashmiri people,” he added.