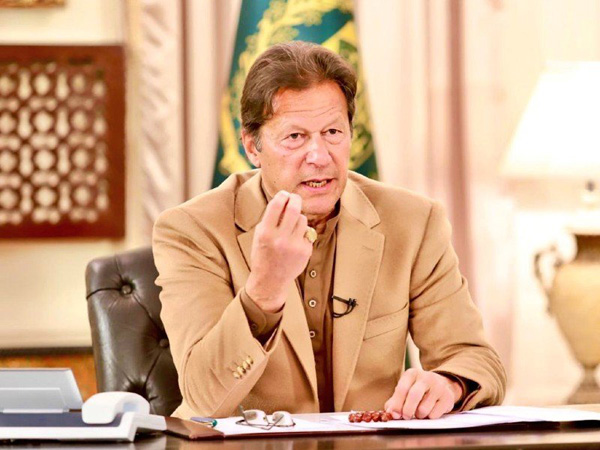 “The ECP [Election Commission of Pakistan] and Hamza Shehbaz are plotting to rig the elections to ensure the victory of turncoats,” Imran said while addressing a rally in Punjab’s Sheikhupura district on Thursday.

Addressing the Punjab inspector general (IG) and chief secretary, the former prime minister said he had appointed both officials because they were honest. However, he warned that by listening to illegal orders of Hamza Shahbaz and pre-poll rigging, they were not doing justice to their service.

He also warned that his party will take legal action against those police officials who allegedly tortured PTI workers during his party’s “Azadi March” in May. “We [PTI] have noted all the names of the officers who have been involved in torturing the party workers and all of them will be held accountable,” he said.

Imran Khan said that so far, 15 FIRs have been registered against him, but despite that, he said that he wouldn’t stop his fight against the “imported government.” Regarding the upcoming by-polls scheduled to be held on July 17, Khan said that they [PML-N] are trying to buy voters by offering them Rs10,000 cheques.

“You [people of Punjab] should take money from them; however, cast your vote in favour of the PTI,” he said. “On the basis of my experience, I know we have already won the election,” he said, congratulating people ahead of the polls.

“None of the turncoats can fight the compassion that the people of PTI have for their country,” he said, accusing the Election Commission of Pakistan (ECP) of supporting all those turncoats “lotas” along with Chief Minister of Punjab Hamza Shahbaz.

Challenging Hamza, Khan said no matter what, they [PML-N] do the elections on the 20 constituencies in Punjab will be bagged by the PTI as this is the “war of two different points of views”.

He further said that the founder of Pakistan Quaid-e-Azam wanted the country to stand on the pillars of Riyasat-e-Madinah; while these leaders of the coalition parties are “bootlicking the US” to protect their foreign income.

Reiterating his allegations of the “foreign conspiracy”, Imran said he held only one grudge against the US as to why did it impose “thieves” on Pakistan.

“You do not even appoint a corrupt man to the post of peon but here you have imposed a man [Shehbaz Sharif] and his son [Hamza Shahbaz] who are facing serious money laundering charges,” he added.

“They can never speak about Pakistan’s interest because their assets are stashed abroad. We want friendship with all countries including the US but will not accept its slavery,” he said, adding, “Likewise, I cannot improve ties with India at the expense of the Kashmir issue.”