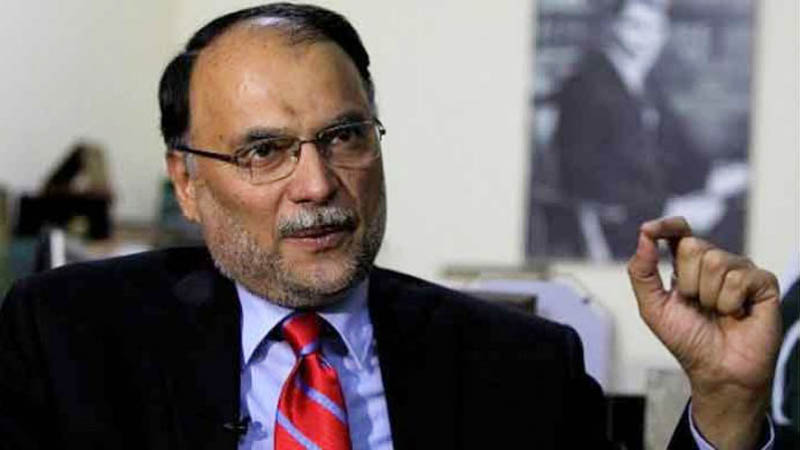 ISLAMABAD: Federal Minister for Planning, Development and Reforms Ahsan Iqbal on Thursday said Pakistan was heading towards default, but the incumbent government took tough decisions and brought the national economy out of the red zone. All-out efforts were made to further stabilize the economy, he said addressing the business community here at the Islamabad Chamber of Commerce and Industry.

He said China’s annual imports were $1 trillion and Pakistan’s business community should focus on increasing their share in that huge market. The government, he added, was also focusing to facilitate the small medium enterprises, and optimizing businesses and agriculture sectors to improve the economy. It was seeking proposals from chambers of commerce to abolish laws or amend them that were creating hurdles for the private sector in order to turnaround Pakistan, he said, urging the ICCI to form a task force to develop such proposals and share them with his ministry for consideration and implementation.

He said the ICCI should share its proposal for industrial estate in writing that would be given due consideration. He announced that the ICCI would be given representation in the Advisory Board of the Ministry of Planning. ICCI President Muhammad Shakeel Munir, in his remarks, said the chamber had been making efforts for long to establish a new industrial estate in the region to promote industrialization, investment and employment, and urged the government to fully cooperate with the ICCI in early materialization of the important project.

He said a modern expo center should be set up in Islamabad on the pattern of Karachi and Lahore expo centres to organize exhibitions for better promotion of business activities and exports.

He urged the government to announce an industrial package to boost industrialization and exports. He said the ICCI should be given representation in the Advisory Board of the Ministry of Planning to finalize development projects keeping in view the interests of the private sector.