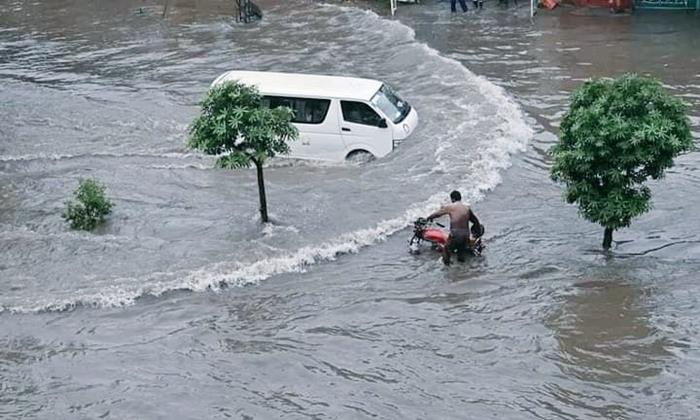 More rain is expected for the port city today (Thursday), according to the Pakistan Meteorological Department (PMD), as the country continues to experience sporadic downpours that have already claimed over 75 lives.

The third day of rain in the capital brought more difficulties for commuters and pedestrians as rainwater accumulated in low-lying areas.
The meteorological authority issued a statement predicting that today will be gloomy with light to severe monsoon rainfall in the port city.

“The top parts of the land are being penetrated by strong wet currents. The upper and central parts are also being affected by a westerly wave, according to the meteorological authority.

Under the influence of the weather system, heavy falls may generate urban flooding in Khuzdar, Kalat, Lasbella, Naseerabad, Gwadar, Panjgur, Turbat and other areas of Balochistan, it added.