Why cranberries are a superfood 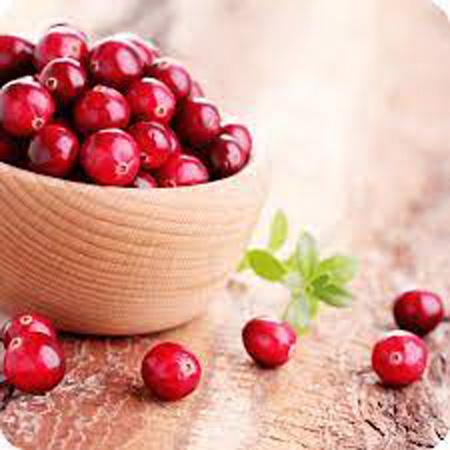 For such a small fruit the humble cranberry seems to have an awful lot to offer. In just the past four months alone studies have suggested that cranberries in various forms can improve our memory, lower levels of harmful cholesterol and potentially reduce the risk of heart disease.

If that wasn’t enough, another study, published in April in the journal Microbiology Spectrum, suggested that cranberry with manuka honey – also prized for its health-boosting properties – may have the potential to prevent tooth decay.

That adds to a long back catalogue of research proving the benefits of cranberries – in particular for tackling urinary tract infections (UTIs), such as a study in the American Journal of Clinical Nutrition in 2016 that showed drinking a ‘cranberry juice beverage’ lowered the number of UTIs in women who’d recently had the infection.

Put together, it makes quite the case for eating more cranberries or regularly downing a glass of cranberry juice.

But these studies have one thing in common – other than being about cranberries; they are funded, at least in part, by the cranberry industry. Does it matter? As we shall discover, it’s a question that polarises the scientific community. And one that has implications for research into other foods, and whether we do really need them.

Cranberries were first used by Native Americans for medical purposes but started to attract scientific interest for their potential to prevent UTIs in particular in the late 1980s and 1990s. In the years that followed women have religiously been drinking cranberry juice in the belief that it helped prevent UTIs. And for years their doctors even recommended it.

Meanwhile, nearly a third of women say they drink cranberry juice to treat a UTI.

Much of the research being done on cranberries has been supported by the cranberry industry.

Take, for example, two of the recent impressive studies. The first, which linked cranberry consumption to improved memory and lowered ‘bad’ cholesterol, was conducted by the University of East Anglia and involved 60 healthy individuals who were given a daily 4.5g freeze-dried cranberries (the equivalent of 100g of fresh cranberries) or a placebo for 12 weeks. The researchers found that the cranberries had a ‘significant’ impact on memory and levels of ‘bad’ LDL cholesterol.

Meanwhile, two months previously, in March 2022, King’s College London published a study in the journal Food & Function that showed eating cranberries can ‘significantly affect vascular health even in people with low cardiovascular risk’ – again, the study participants had powdered cranberries equivalent to 100g fresh cranberries or a placebo, but this time for a month.

In both cases the researchers declared that they were ‘supported’ by the Cranberry Institute. Founded in 1951, this U.S.-based not-for-profit organisation aims to ‘further the success of cranberry growers and the industry in the Americas through health, agricultural and environmental stewardship research as well as cranberry promotion and education’. Its members include well-known brands such as the world’s biggest cranberry producer, Ocean Spray, as well as Fruit d’Or based in Quebec, Canada, and Cape Cod Select – and needless to say it is very keen to publicise any benefit cranberries might offer.

The website offers a library of more than 600 studies showcasing cranberries’ potential for health. The studies highlight the fruit’s potential role in everything from ‘urinary tract health to antimicrobial activities, cardiovascular and type 2 diabetes, and anti-cancer properties’. How much the institute puts into research it doesn’t say, but it outlines that ‘research efforts’ are done on ‘behalf’ of members.

But, separately, in 2017 Ocean Spray alone announced it was committing $10 million (around £8 million) over five years for research into ‘cranberry’s antimicrobial benefits’ and how this might reduce the need to use antibiotics.

It was Ocean Spray that funded the 2016 UTI study, as well as the recent study into tooth decay. The firm’s website proclaims cranberries as ‘one of Mother Nature’s super fruits’ with ‘well-documented health benefits’ that can play ‘an important role in a balanced diet and healthy lifestyle’.

Yet its product range includes whole cranberry sauce (which has 33g of sugar per 100g) and a Sparkling Pink Cranberry (with a serving suggestion to pour it over ice with vodka). But the question raised by the burgeoning cranberry product market is this: should Ocean Spray or any other food company be paying for health research?

Is there a danger that this skews the market – in other words, other foods may provide a slew of benefits, it’s just that they don’t have the weight of an industry actively looking for them? As Dr Kirsten Brandt, a senior lecturer in food and human nutrition at Newcastle University, explains: ‘Say you have the walnut industry, for example; if it works together it may invest in research to support walnut’s health properties – but the reality is there is no scientific reason to believe they are any better than, say, hazelnuts.’

She adds that industry funding ‘skews the financing towards studies that are likely to provide a positive marketing advantage rather than studies for the general good’.

‘Companies are doing the best they can – it’s the system that incentivises the wrong decisions.’

Kirsten Brandt is among those who believe that food companies shouldn’t be funding research into their products.

She adds that they will only do trials ‘when their advisers – good scientists – tell them that if they do this trial it will most likely have a positive effect. That means they will have more successful studies simply by avoiding trials where the outcomes are uncertain’.