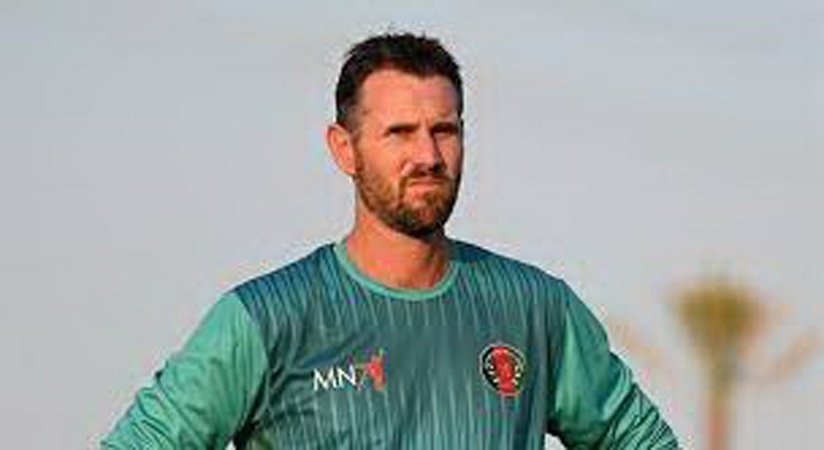 LAHORE: Shaun Tait, Pakistan’s fast-bowling coach, doesn’t expect Sri Lanka to prepare spin-friendly pitches for their upcoming Tests considering Pakistan have quality spinners in their attack too, and batters who play spin well. He said that the series loss to Australia at home has made Pakistan “very hungry” to win and that they are looking to put together a squad that can be successful in “any condition”. “There are talks around spin, obviously, for obvious reasons,” Tait said. “But I think, you know, you (Pakistan) might be the team that changes that for sure. I mean, maybe Sri Lanka doesn’t want to create big spinning wickets against Pakistan. It’s sort of what they did against Australia, and Australia bowled really well. So you’ve got to be a little bit careful with opposition coming with good spinners and creating turning tracks that can also favour the opposition. I’m looking at a fast-bowling group, we’re just going to come in positive and maybe we’re going to bowl some more overs. We’re going to change a few things and change a few people’s minds and bowl really well there and take some wickets as well. That’s all in my mind at the moment. The boys are pretty confident about where they’re at with the bowling. You look at the guys like Hasan Ali or Shaheen Shah (Afridi), they had (an) excellent last season. Naseem Shah’s coming off a great series against Australia and the way Haris Rauf is so excited to make a claim in Test cricket. So these guys have played a lot of cricket, (and) I have not noticed anything that would tell me otherwise that they’re really confident and keen to go Sri Lanka and play well. “If you can get a team together that can play in any condition or a squad together that you’ve got players available that can both spin and bat in certain conditions and also have great fast bowlers, that is the key. Right now I would say Australia probably has that. I think obviously it’s not a place renowned for fast bowlers to go and take bags of wickets usually. But I think as a pace bowler you’ve got to go in with a positive mindset. You know, when you get your opportunity to bowl your spell, get it right, take a breakthrough. Obviously, with spinners, Sri Lanka will do their job anyway. We’re just going as positive as we can. We’ve got a good fast-bowling group. There’s no reason for us not to be excited about the contest.”

Pakistan are coming off a 1-0 defeat against Australia in the three-match Test series in March. After the first two Tests were drawn, Australia won the third Test in Lahore by 115 runs, with Pat Cummins, Mitchell Starc and Nathan Lyon running through the Pakistan line-up. Australia have since won the first Test in Sri Lanka, thanks to a splendid performance by their spinners on a turning surface.

“I think it just probably comes down to if you’ve got enough good players and enough good areas in your team, you can play in any conditions,” Tait said. “Obviously losing to Australia in the Test series has made this Pakistan group really hungry. I think Sri Lanka has just found out the quality of Australia at the moment, the way they’re playing and they are on the top of their game. That’s what I would say is probably the challenge in world cricket. If you can get a team together that can play in any condition or a squad together that you’ve got players available that can both spin and bat in certain conditions and also have great fast bowlers, that is the key. Right now I would say Australia probably has that. If we can go with a squad that can play in any condition, which to me we’re pretty close right now by the look of it.”

Pakistan won their last Test series in Sri Lanka in 2015 after three consecutive series losses between 2009 and 2014. Legspinner Yasir Shah played a key role then, taking 24 wickets in the three-match series to take Pakistan to a 2-1 win. Yasir, now 36, has been included in the squad against Sri Lanka and is in line to play his first Test in nearly a year after an injury layoff. The squad is largely unchanged from the one that took on Australia at home, with Sarfaraz Ahmed, Naseem and uncapped allrounder Agha Salman coming into the fray. Hasan was also named in the side despite indifferent recent form, though most of that dip has come in the white-ball format; he was named Pakistan’s Test Player of the Year in 2021. In the recent series against Australia, he played two matches, taking two wickets at 96.