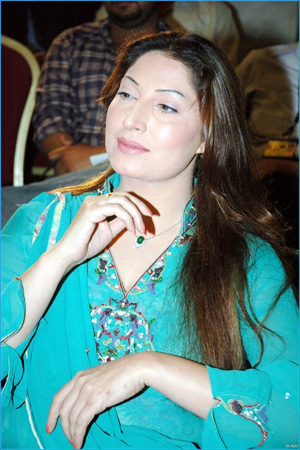 Veteran film and TV actor, Saima Noor has officially stepped into the world of social media by joining the photo and video sharing platform Instagram.

The ‘Rang Laaga’ actor recorded her first video for her fans and followers, Saturday, and published it on her official handle titled Saima Noor, with the username ‘Saima.syednoor’. After greeting her followers, Noor announced to have ‘finally’ made her Instagram account.

The actor mentioned in the video that she has joined the platform for her fans who would often request her to do so. “I will personally use and manage this account,” she further notified in the 29-second clip, captioned with “I have officially taken my first step in the social media world.”

The veteran artist has amassed thousands of followers on the social platform within days of her debut. On the contrary, Saima Noor is following only four Instagram accounts, two of her husband Syed Noor and son, and of her close friends, actors Meera and Neelam Muneer Khan.

She has shared three posts on her feed till now, all of which featured throwback pictures from vacations.

Noor also shared an old BTS picture from a set of a film, which was liked by thousands of social users.

Saima Noor is one of the most celebrated leading ladies in Pakistan’s entertainment industry. Apart from her work in Pakistani cinema, Noor has impressed the audience with her performance in drama serials like ‘Mubarak Ho Beti Hui hai’, ‘Judai’, and ‘Rang Laaga’.