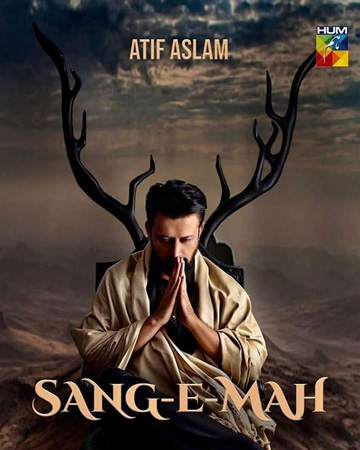 ‘Sang-e-Mah’ which gained huge popularity in recent days. Its last episode was on aired last night which left people teary and criticised by viewers.

The drama’s final episode aired last night. The public is coming up with a variety of skeptic replies to the drama’s conclusion. Well, Haji Marjaan and Zarsanga were killed in the most recent episode. The spectators did not at all like this aspect of the conclusion. However, they cherished Hilmand and Sheherzad’s triumphant conclusion. Fans also appreciated the incredible journeys of both, but many expressed regret for Haji Marjaan and Zarsanga’s heartbreaking endings, which they claimed made them cry. They claimed that they had not anticipated seeing such a tragic finish for the two characters. They stated that they desired a wholly happy resolution. Fans claimed that while Sang E Mah was a nice drama overall, the ending was tragic and tear-jerking. They also yearned for greater interactions between Sheherzad and Hilmand.

Many fans said that they didn’t like the killing of the parents. One Twitter user said, “But oh man, they shouldn’t have killed off the parents, then it would have been a perfect happy ending”. Another said, “To punish yourself for a sin you commit another one? Ugh I didn’t like this. Wish their deaths came naturally.” Another Twitter user said, “Spoiler Alert. Terrible ending of an otherwise beautiful drama. You show them to be so religious and then they kill each other in a suicidal manner, that too with substance abuse?” One fan said that they tried to copy Hamlet and kept it that way. Another fan said, “Say no to suicide in dramas because it affects the mentality of generation. Please stop this if someone is in a problem and they do suicide can’t they show the way to deal with problems and live life strongly.”

The suicide or killing of Haji Marjaan and Zarsanga was the only thing keeping this great play from having a perfect finish.