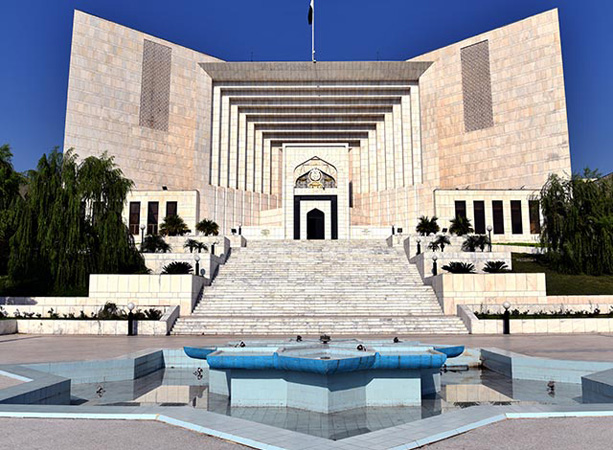 The Supreme Court Wednesday set aside the objections raised by its Registrar Office to the PTI Chairman and former prime minister Imran Khan’s petition against the recent amendments to the accountability law. Justice Ijazul Ahsan resumed in-chamber hearing of Imran’s appeal against the objections raised by the registrar. Khawaja Haris Advocate represented the PTI chief in the court. The judge overruled the objections after hearing the arguments and directed that the petition be fixed for hearing in the open court.

Earlier, the registrar office had raised five objections to the petition stating that the petitioner had not highlighted what matters of public importance were involved in the enforcement of fundamental rights guaranteed under the Constitution so as to directly invoke the jurisdiction of the Supreme Court under Article 184(3), says a news report. “The ingredients for involving extraordinary jurisdiction of this court under Article 184(3) of the Constitution have not been satisfied,” a statement issued by the Registrar Office read. Subsequently, Imran filed an appeal with the chamber against the registrar office’s objections, contending that it was not for the registrar to decide whether on the basis of the pleadings made and grounds urged in the constitution petition, the “ingredients” for invoking extraordinary jurisdiction of this court were “satisfied” or not. Meanwhile, the SC Registrar Office Wednesday returned Imran Khan’s petition challenging amendments to the Election Act, 2017. The Registrar Office returned the petition with objections stating that it did not address any issues of public interest.