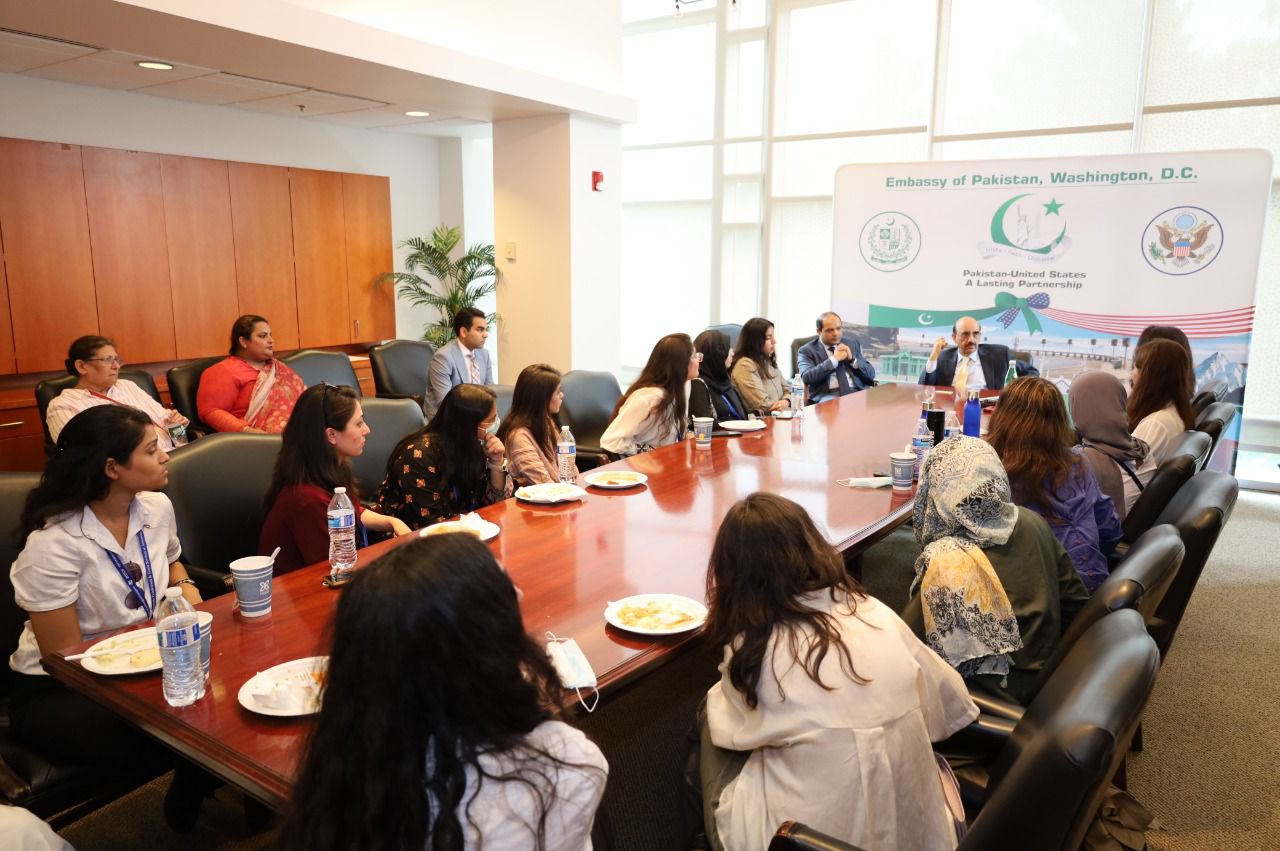 He said that the youth of Pakistan, with its knowledge, expertise and communication skills, was playing a leading role in projecting soft power of the country abroad. The Ambassador was talking to a group of 13 Pakistani female students who are currently visiting the United States under Sister2Sister Exchange Program.

Masood Khan congratulated the students for their outstanding performance and enrolment in American universities. This success also showed the importance of empowerment of women in science and new technologies, the Ambassador added. He said that people-to-people ties were an important component of Pak-US relations.

“Active engagement of the youth especially the students of Science, Technology, Engineering and Mathematics (STEM) would transform Pak-US relations into a futuristic partnership”, stated the Ambassador.

Sister2Sister Exchange Program is a public-private partnership led by the American University with the support of the U.S. Department of State. It aims to empower Pakistani female college students by providing them with an opportunity to acquire education and professional skills at prestigious US universities. The Program serves as an equalizer by offering female students the tools, exposure and confidence to overcome traditional socio-economic barriers and become a productive workforce for Pakistan’s economy.

The Ambassador said that the Program was a great opportunity for Pakistani female students to learn, absorb and practice those values in their professional lives that have made the United States a world leader in technology, innovation and invention.

“In view of the utility of such programs in exchange of knowledge, bringing people of the two countries closer to each other and removing misperceptions, we have engaged the US government to broaden scope and frequency of such exchanges”, said the Ambassador.

The Ambassador also thanked the US Embassy for creating this space for Pakistani female students in cutting edge disciplines.

The students from education institutions of higher learning from Karachi to Gilgit-Baltistan interacted freely with the Ambassador and shared their perception of the United States and the professional pathways ahead of them.