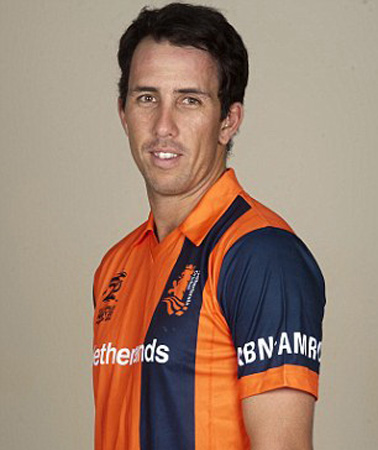 AMSTERDAM: Tom Cooper, who played his last T20I six years ago, has been brought back into the fold as Netherlands look to punch their ticket to the men’s T20 World Cup in Australia in October. If they make it, it will be something of a homecoming for both Cooper — who plays in the Big Bash for Brisbane Heat — and his captain Scott Edwards, who was raised in Victoria. But first, they will have to get through an eight-team qualifying tournament in Zimbabwe that starts on July 11. The best two teams — essentially the participants of the final to be played on July 17 — will progress to the World Cup.

Along with Cooper, another of Netherlands’ big guns makes a return. Paul van Meekeren, who missed their last short-form assignment in New Zealand, comes back to bolster the fast-bowling line-up. Tim Pringle, the 19-year-old left-arm spinner who came up through the age-group set-up in New Zealand, and TejaNidamanuru, the India-born allrounder who honed his game in Auckland, have also made it to the squad. Both men have represented Netherlands before — in ODI cricket — but are yet to play a T20I.

Netherlands, who could not progress beyond the first stage of the 2021 T20 World Cup, have been grouped with Papua New Guinea (July 11), Hong Kong (July 12) and Uganda (July 14). The other group consists of Zimbabwe, Jersey (British Isles), Singapore and United States of America. The winner of this qualifying tournament will be added to Group B of the initial stage of the 2022 T20 World Cup along with Ireland, Scotland and West Indies. The second-place finisher in the Qualifier will be added to Group A with Namibia, Sri Lanka, and United Arab Emirates.