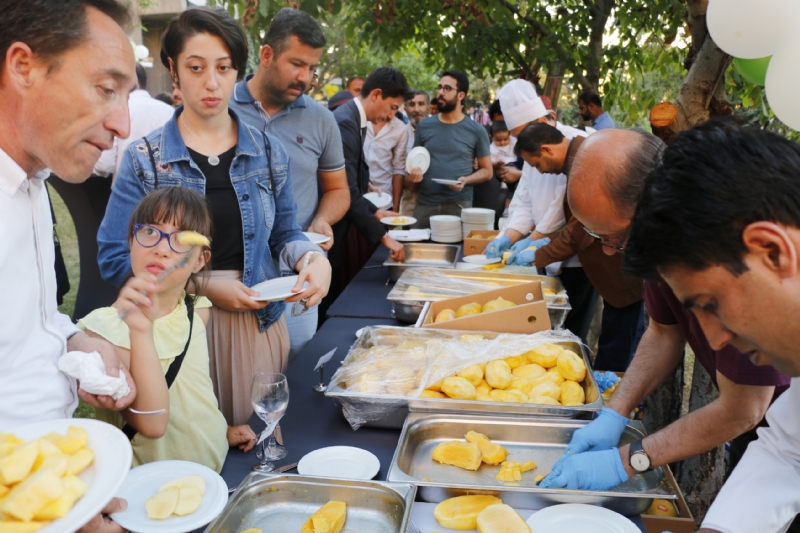 ISLAMABAD: A mango festival was arranged at the Embassy of Pakistan in Ankara on Tuesday in which the guests enjoyed the sweet taste of the world-famous Pakistani mangoes.

The mango festival was a part of the series of activities and events being organized to commemorate 75 years of Pakistan’s Independence.

Pakistan Ambassador to Turkiye Syrus Sajjad Qazi said that mangoes known as the king of fruits was not only a notional fruit but also an integral part of Pakistan’s history and rich culture, as it had been cultivated since ancient times.

The ambassador said Pakistan was the 6th largest  producer and 4th largest exporter of mangoes in the world.

There were over 200 varieties of high quality  mangoes including  Sindhri,   Anwar   Ratol,   Langra,   Maldah, Dusehri, Fajri and others.

The event was attended by a large number of dignitaries, members of diplomatic corps, Pakistani community and media, a press release said.

In the festival, the guests were served with the freshly cut Chaunsa, the most popular   mango variety and a wide-range of other mango delicacies such as ice cream, milkshake, lassi,salads, pickles and desserts made of freshly-arrived mangoes from Pakistan.

The sweetness of mango was complemented with the savory dishes, such as Biryani made of high quality Pakistani basmati rice and other selected Pakistani cuisine.