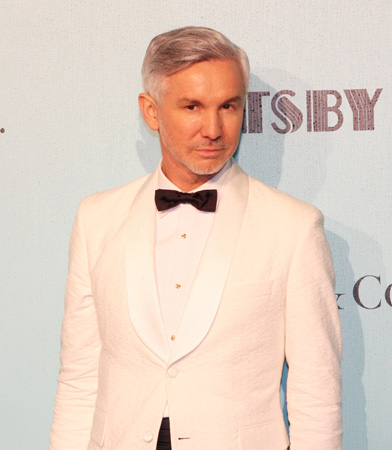 Baz Luhrmann has given us another pointless explosion of super-spangly sparkles in celluloid form – exactly the same sparkles he sprinkled over the Moulin Rouge and Jay Gatsby in previous films.

And just as Alan Partridge said his favourite Beatles album was The Best of the Beatles, so Luhrmann has given us a film built around what he imagines is the best of Elvis Presley. It’s not a movie so much as a 159-minute trailer for a film called Elvis – a relentless, frantically flashy montage, epic and yet negligible at the same time, with no variation of pace. At the end of it all, you might find yourself pondering the eternal questions: what does Luhrmann think of Elvis’s music? Does he, for example, prefer some Elvis songs to others? Has he listened to any of Elvis’s songs all the way through? Or does he shut down Spotify after 20 seconds once he reckons he’s got the gist?

These issues arise because of the weirdly incurious approach here to Presley’s music and his life, featuring a competent but not especially inspired performance from Austin Butler as the pelvis-swivelling, American-youth-deranging King himself. The film really wastes its one potential trump card: a human toad performance from Tom Hanks as his creepy and parasitic manager Colonel Tom Parker, who exploited him ruthlessly and refused to let him tour abroad, finally turning him into a bloated rhinestone parody in an unending cash-cow Vegas residency while the rest of the world moved on.

But Luhrmann is clearly unwilling or unable to explore the dysfunctional Jekyll-and-Hyde relationship between the Colonel and Elvis in case any sort of dark or sad mood predominates. Colonel Tom is a kind of repeating cameo in Elvis’s life and Luhrmann is even less interested in Parker’s inner self than in Elvis’s – the Colonel’s own wretched post-Elvis life and death are shrugged off in the closing credit titles. 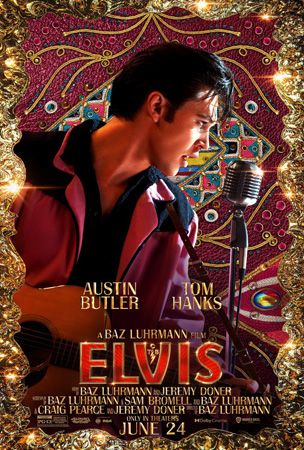 We get the basics of Presley’s career: the early days of hardship, the profound influence of black music, the blues and gospel; his days on the hayseed country circuit before signing for Parker, the huge Elvismania success, the shrewd decision to calm moral-majority fears by doing two years military service in Germany, marriage to Priscilla, the bubblegum movies, the televised 1968 Comeback Special and the long Vegas goodbye.

There are some tiny unpredictable touches – such as a hint that Elvis secretly inflamed young gay men in the States as well as straight women. But otherwise it sticks to a defanged version of the script. There is, for example, not really any such thing as Fat Elvis here. He stays sweaty but reasonably svelte until almost the very end, when we see a decorous hint of flab. But we don’t see the yucky burger binges or the adult diapers. Luhrmann is at all times concerned to rescue Elvis from irony and failure and suffering. And how about that legendary encounter with the one US president that Elvis really did admire – Richard Nixon – when the King was cordially received in 1970 at the White House because he demanded presidential action on the country’s infatuation with degenerate lefties like the Beatles? Nothing. That isn’t shown. This version of Elvis, with retrofitted liberal sensitivities, is always breaking off what he’s doing to look stunned at the TV reporting the assassinations of Martin Luther King and Robert F Kennedy, and to be soulfully devastated at the loss of these American icons. Well maybe. But the film erases his actual Republican sympathies. Also erased, as it happens, is Ann-Margret, his Viva Las Vegas co-star, with whom he had a poignant, illicit relationship for about a year.

Why do the film at all? The rationale would appear to be – and might in earlier versions of the script have been – the poisonous bromance or toxic father-son relationship between Parker and Presley. But how about a film about the Colonel, with Elvis taking a secondary role? That would have been genuinely new and Hanks would have sold it superbly. As it is, this is just another exercise in Elvis impersonation, its upper lip twitching to no purpose. Elvis is released in Australia on 23 June and in the UK and US on 24 June.