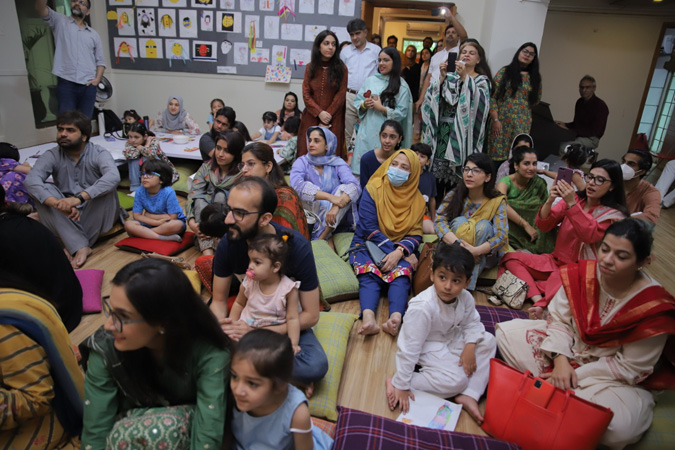 Aangun – Centre for Learning and Culture in Lahore hosted an exhibition of visual arts, calligraphy, films and photography. Children also performed theater and music pieces as part of performing arts showcase. The showcase was a result of month long creative camp by The Little Art for children of age 4 to 14 year olds. Children’s courses were organized in the month of June in painting and drawing, clay and pottery, calligraphy, theatre, filmmaking and photography by The Little Art at Aangun, the organization that specializes working with children through the arts. The courses were led by seasoned artists and educators in a studio setting, where focus was to create art with children while they learn in the process. Theatre proved to be very challenging and rewarding for children. Children as young as eight years old were part of the theatre class that aimed to build their confidence and free them from inhibitions from a public speaking and performing perspective. The central idea of the performance was developed by children themselves, which revolved around how animals live in a jungle, where there is music that they love and how an evil witch comes to destroy the peace.